Compensation for Negligence in Maternity Cases 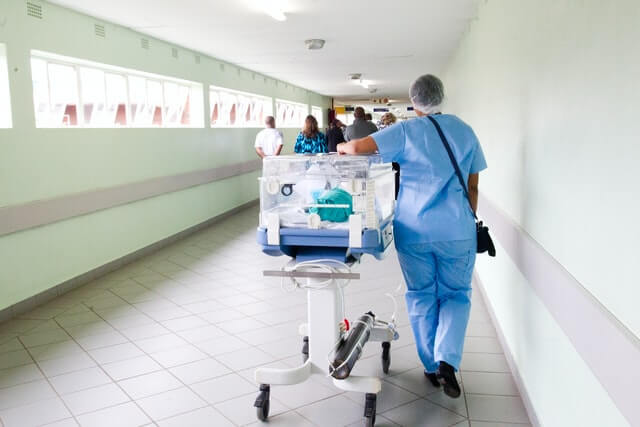 According to the UK’s National Audit Office, the cost to the NHS of medical negligence compensation is currently sitting at £4.4 billion. Around half of the compensation paid was for birth injury claims, with compensation for brain-damaged babies often coming to sums of £20 million.

The NHS – What can go wrong for mothers and babies?

According to the government’s own statistics, although England is a safe place to give birth, when outcomes are compared to other high-income countries, too many children are stillborn or die soon after being born. In addition, around 50 women in England die every year from pregnancy-related causes.

The policy of the NHS since 2010 is that all women should always have a midwife or doctor with them during labour and birth. While in general women’s experience of NHS maternity care is improving, almost 1 in 4 are still left alone during labour or birth, according to a 2018 report in the Guardian. Furthermore, midwives are frequently left to care for several women at once. The parenting charity the National Childbirth Trust has expressed concern that in a survey of over 18,000 women, 23% were worried about being left alone, during a frightening and potentially dangerous moment in their lives. The fact that this fear becomes a reality in a quarter of cases, reflects chronic understaffing in the NHS due to a nationwide shortage of midwives.

The risk of poor care can increase if a pregnant woman admitted to the labour ward does not speak English as her first language or at all. Many maternity units are understaffed and complications such as non English speaking patients can sometimes only compound the difficulties in what is often a fraught, stressful and emergency situation. Women then are unable to understand what is happening, why it is happening and more importantly they are unable to explain how they feel or what is happening to them in order to alert the medical and nursing staff to their urgent needs. This can increase risk of serious harm to the mother or the baby.

Despite advances in medical care, in the UK cases of negligence around birth still hit the headlines. However, the cases are slow to be investigated. This is reflected in the fact that in 2018 we are just now starting to hear of care failings dating from 2014.

As reported in Metro, in 2014, baby Ava from Manchester died due to clinical failings during her delivery. Her mother Joanne arrived at the Stepping Hill Hospital, Stockport NHS Foundation Trust believing she was in labour. However, she was told by medical staff that she was constipated and had a urinary tract infection. When Joanne started bleeding, Ava was delivered by caesarean section, but by this time she had suffered severe brain damage due to lack of oxygen. Ava subsequently died.

The chief executive of the Trust in a letter to Ava’s parents said, ‘I deeply regret that the standard of care that your daughter received was inadequate. I would like to express my deepest sympathy’.

In May 2014, a consultant working in NHS Tayside ‘was involved in the delivery of a baby during which she failed to perform immediate delivery by caesarean section under general anaesthetic and proceeded with a natural delivery which was not clinically indicated’. The baby boy died during delivery. Scotland’s Evening Telegraph recently reported how the baby’s family is now suing the health board for more than £100,000.

The most recent and shocking case is reserved for the death of a baby in Ninewells Hospital in Dundee. The Independent reports that during delivery, the baby’s head became trapped and although various attempts were made to free him, disturbingly his head became detached from his body, by which time he was already dead. A medical tribunal found that the doctor’s decision to proceed with a natural birth was negligent. The only appropriate action was a caesarean section.

Compensation payments cannot change what happened but can help

Across the water, in Ireland a case against Sligo General Hospital has been recently settled for the sum of 5 million euro. During his birth, incompetent clinical management led to Conor being starved of oxygen for nearly 2 hours. Conor subsequently developed cerebral palsy. The large financial settlement will be used to provide Conor with the care he needs now and into the future.

In 2017, Health Secretary Jeremey Hunt made a specific issue about baby deaths and injuries. He said that out of around 700,000 births every year, around 1,000 will result in unexpected death or severe brain injury. Clearly this number is too high.

The Healthcare Safety Investigations Branch was launched in April 2017 to review all unexplained cases of serious harm or death. It is hoped that this organisation will help the NHS learn from previous mistakes and to reach the Department of Health’s target of reducing serious birth-related incidents by half by the year 2025. If this has happened to you, get legal help. You could end up helping others.

All the parents in these cases sought help from legal teams who were expert in medical negligence and birth injuries. If you think that you or your baby has suffered due to medical negligence, specialist lawyers may be able to secure financial compensation for your family. Sometimes the only way to get the system to change is to make a case for compensation. By making a claim you could start the ball rolling, so others do not have to suffer as well.

At Osbornes Law we care about how you are treated both by medical professionals at your GP surgery or at hospital and also under the care of private providers of health services. If you think that the care you or a loved one has received fell below the standards expected of a reasonably competent professional, then please do not hesitate to contact Partner and specialist medical negligence lawyer Stephanie Prior on 020 7681 8671. You can also fill out an online enquiry form.