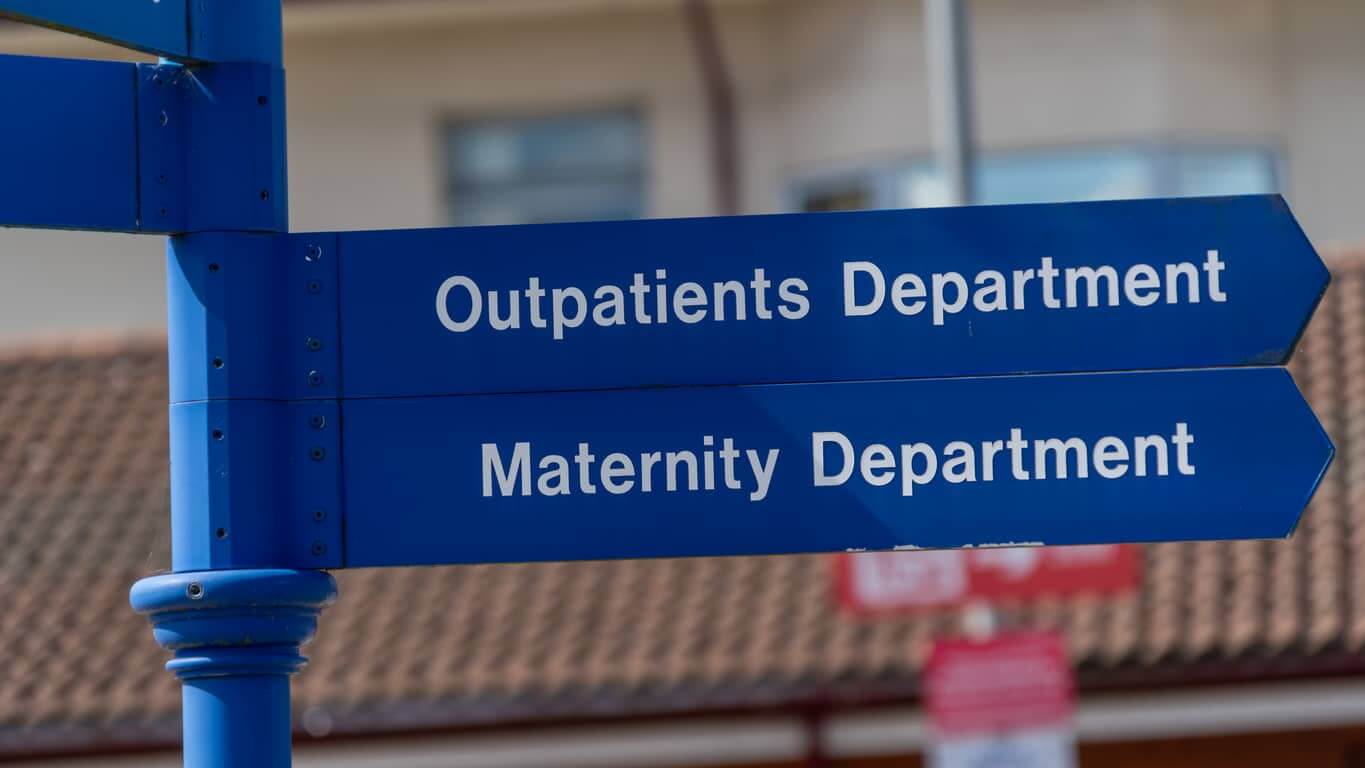 Our client, AB, fell pregnant in early April 2018 and she booked in for midwifery led care at the Princess Royal University Hospital (PRUH) at 9+5 weeks. PRUH is managed by King’s College London Hospitals NHS Foundation Trust. AB’s pregnancy was deemed to be normal and low risk. She attended all her antenatal appointments as planned and there were no concerns during her pregnancy.

On 17 November 2018 AB called the labour telephone line reporting strong contractions. She was told to come into the birth centre for assessment. She arrived shortly thereafter and at 2pm it was noted that she was in the latent phase of labour. The plan at this stage was to continue with observations, CTG trace, speculum +/- vaginal examination and to arrange for an obstetric review should this be needed.

A short time later, at 15:00 on 17 November 2018, AB was found to be 5cm dilated and the plan was made for her to be transferred to the Birthing Centre to await events. It was decided to manage her conservatively at this time.

At 19:10 labour was noted to be established by the midwife as AB was contracting strongly at this point and required pain relief. The plan was for AB to have routine intrapartum care, pain relief as needed, and oral hydration/bladder care.  Fetal monitoring was performed after each contraction before the handover to the night staff at approximately 20:30.

AB remained in the Birthing Centre overnight into 18 November 2018. At 03:00 prophylactic benzylpenicillin was commenced, 24 hours after she had begun to leak amniotic fluid. Later at 05:00 the decision to augment labour with Syntocinon was made. She was still 6cm dilated at this time.

At 11:40 AB was re-examined. Her contractions had become stronger and more frequent since earlier in the morning. She had progressed to 9cm dilation at this time, which was significant progress. There was developing caput and the vertex remained above the ischial spines. However, the decision was made to continue with labour and for AB to be re-examined in 2 hours’ time.

By 13:40 there had been no further progress in terms of cervical dilation.  However, AB was having strong contractions and this was at a frequency of 4 every 10 minutes. There was increasing evidence that the labour was becoming obstructed at this time and there was caput +++. However, no review by senior obstetric staff took place and no decision was taken to deliver the baby by emergency caesarean section at this time.

It was only at 15:55 that the registrar on the ward performed a vaginal examination with consent and the cervix was 9cm dilated. There was a normal CTG at this time, but a rise in the baseline and the decision to proceed to a C-section was taken.

At 17:46 it was noted that AB had a difficult delivery and that there were signs of obstructed labour. A Bandl’s ring was noted. As a result of the difficult delivery, the surgeon had to perform a T shaped incision to AB’s uterus and her baby daughter was eventually delivered at 17:46.

AB’s baby was admitted to the SCBU following delivery, and AB had to remain in hospital because her own recovery was difficult. She suffered from post-partum sepsis and an ileus. Eventually AB was discharged from hospital on 30 November 2018. However, she returned to hospital on 6 December 2018, suffering from continuing post-operative pain. She was admitted and given antibiotics. She remained in hospital on this occasion until 11 December 2018.

The above events had a serious adverse effect on AB’’s subsequent pregnancy in 2020. The plan for this pregnancy was for her to deliver at 36 weeks gestation, due to the problems which she had experienced in her previous pregnancy. Unfortunately, she was admitted with severe abdominal pain at 31 weeks’ gestation and diagnosed with a uterine rupture, which required her to deliver her baby immediately. She has since been advised to avoid having any further children.

Nicholas Leahy, a Solicitor in the Clinical Negligence team at Osbornes Law, was instructed by AB in December 2020 to pursue a claim against King’s College Hospitals NHS Foundation Trust.

Following initial investigations, expert evidence was obtained from a leading Consultant Obstetrician, which was supportive of AB’s case on breach of duty and causation. Our expert was of the view that despite clear evidence that AB’s labour was obstructed, there was a negligent failure to recognise this, and a failure to not only offer AB to proceed with an emergency caesarean section, but to encourage this as the safest option in the circumstances. As a result of these failures, our expert believed AB’s delivery was more complicated, and that in the absence of the significant failures in care, AB would not have required an inverted-T incision or a reverse breech extraction.

A Letter of Claim was sent to the hospital in October 2021, and a response was received on 1 March 2022. The Defendant made significant admissions of liability in their Letter of Response and invited us to disclose a Schedule of Loss in an attempt to achieve a settlement of her case.

Condition and Prognosis evidence was obtained from a Consultant Plastic and Reconstructive Surgeon, who advised on various treatment options to reduce AB’s scarring, which was more extensive than it would have been but for the admitted negligence. Following receipt of this evidence, a fully particularised schedule of loss was disclosed to the Defendant. Offers of settlement were made and the Defendant accepted AB’s Part 36 offer of settlement in April 2022 in the sum of £85,000.

“I am very pleased that we were able to obtain a positive outcome for our client in this case, which reflects the pain and suffering she experienced and will allow her to receive the treatment she requires in future. The fact that this case was settled in a relatively short period of time shows the benefits of a collaborative approach between legal representatives. Unfortunately, too often strong cases are needlessly defended, causing additional stress and suffering to injured people and leading to legal costs escalating”.

To speak to a specialist medical negligence lawyer, contact Nicholas Leahy, or complete the form below.