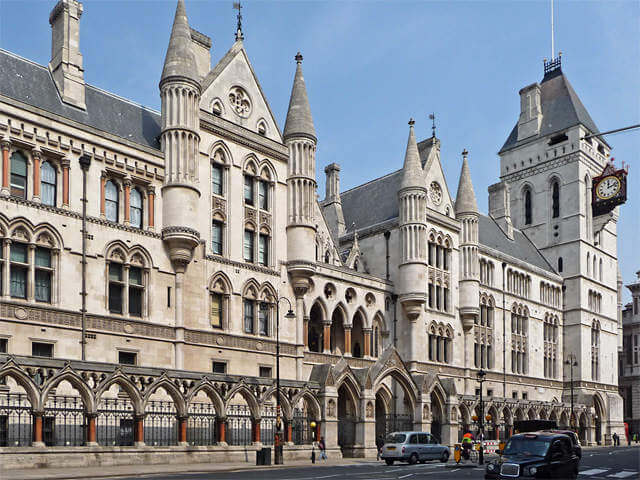 Andrew Watson, a London based divorce lawyer in our family department and Resolution accredited specialist in cohabitation, summarises the law in relation to joint owners’ interests in property and comments on the recent Court of Appeal decision of Kernott v Jones.

What does beneficial interest in property mean?

Beneficial interests are usually defined as a percentage, such as 40%. This means the beneficial owner is entitled to receive 40% of any sale proceeds or rent.

How can I get beneficial interest in property?

The law presumes that legal ownership and beneficial ownership are the same thing unless something happens to split the ownership. This can occur in three ways:

The most common way to create a beneficial interest is through an express trust. This is where the legal owner signs a trust deed or written agreement declaring that the legal owner holds the property ‘on trust’ for someone else, the beneficial owner.

Sometimes, the law will presume that a beneficial interest has been created if there has been a financial contribution. For example, if Person A pays part of the purchase price for a property that is registered in Person B’s name, the law will impose a ‘resulting trust’ where B holds the property on trust for the benefit of A relative to A’s contribution.

A constructive trust arises when there is a common intention that someone has a beneficial interest in the property, even if they did not contribute to the purchase price. For example, if Person A moves in with Person B and pays the mortgage, or pays for a new kitchen, the court may decide that they behaved this way because there was a common intention to share the property. After all, it would be very unusual to pay someone else’s mortgage for no financial gain.

Is beneficial interest the same as legal ownership?

It is very common for a person to be both the legal and beneficial owner at the same time – but it is not always the case.

Why does there need to be a difference between legal and beneficial interest?

No more than four persons can be the legal owners of property in England and Wales. By law, those persons have an equal ownership.

However, this may not reflect the reality of the situation, especially if one person has contributed more to a deposit (for example) and therefore wants more ‘interest’ in the property. By creating beneficial interests, you can achieve a fair result.

How do I change the beneficial interest of a property?

Special rules apply to joint tenancies. Joint tenants have equal rights to the whole property and co-own it together. To change the beneficial interest, you would first need to sever the joint tenancy and change the legal title to tenants in common. Multiple steps are required and there may be tax and other implications to consider. Specialist legal advice is a must.

The Court of Appeal provides further clarification on interests in property

The Court of Appeal has handed down a detailed judgement in the case of Kernott v Jones that has gone some way to clarifying how the Court should deal with property disputes between non-married owners of property. This article summarises the complexities of the law and what needs to be shown to demonstrate an interest in a property before considering what changes Kernott v Jones brings and what needs to be done for further clarity.

Summary of the current law

The current law is far from simple, mired as it is in the concepts of trusts law and principles of ownership of land. In brief and basic summary:-

Existence of interest established – what now?

This has the consequence not only of moving away from resulting trusts (as discussed above) but also of appearing to disapprove the Court’s approach inOxley v Hiscock (a sole legal owner case) in relation to quantification.

There are other principles that can be argued in relation to establishing an interest in a property, notably proprietary estoppel where someone has encouraged an expectation of an interest in property and the other parties has relied on this to their detriment. Applications can also be made in relation to rights over property on a number of different basis and acts of parliament.

This case, heard at Appeal Court level, considered the meaning of the search for “the parties’ shared intentions, actual, inferred or imputed” and the imposition of the Court’s views. Kernott v Jones provides some clarification as to the interpretation of inferring and imputing intention and imposing the Court’s views and as to what should be considered when doing this.

The facts of the case were that the parties jointly owned a property, purchased in 1985 using Jones’ deposit and a joint mortgage. Kernott then primarily paid for a small further loan used to build an extension. The parties shared household costs and mortgage repayments. In 1993 the parties separated and Jones, with the two children, remained at the property and paid for the property outgoings. A separate property was purchased by Kernott using the proceeds of sale of a jointly owned policy. The parties agreed (eventually) that at the point of separation their beneficial interests were equal. The issue was whether they subsequently changed. Importantly, it was common ground that there had been no discussion as to any change in beneficial interests.

It is important to look at the definitions of impute and infer. Although the words were used by Baroness Hale, it was Lord Neuberger in Stack v Dowden who proposed a definition:-

“An imputed intention is one which is attributed to the parties, even though no such actual intention can be deduced from their actions and statements, and even though they had not such intention”

This suggest that the difference is that where inferred, there was an intention that becomes clear on considering the facts whereas with imputing, there was no intention but the Court is attributing one to the parties. Confusingly, the Court also confirmed in Stack v Dowden that its views must not be imposed.

In the High Court in Kernott v Jones the Judge felt that an intention to vary the beneficial interests could be inferred or imputed on the basis of the parties’ conduct. He then considered the quantification of the beneficial interests and imputed a share on the basis of what was fair and just, considering that imputing shares can only be on this basis if there is no way of deducing this from conduct.

The Court of Appeal (with one Judge dissenting) did not agree with the High Court Judge and instead found that there was no evidence to infer a common intention to vary the beneficial interests. Consequently the Court of Appeal did not need to make a decision on the imputation of the shares but the Judges did comment on this issue, expressing different views.

Lord Justice Wall indicated that if the common intention to vary could be found then the imputation of the new shares of beneficial interest was one of judicial discretion and that the Court could use the Oxley v Hiscock test of what it considers fair when there is no evidence of discussions.

Lord Justice Rimer considered the meaning of impute and impose, he said that:-

Lord Justice Jacob agreed with the High Court Judge and felt that the parties intentions could be found to have altered over the years, on the basis of their conduct. He indicated that the fair and just test was a part of the test but not the whole test as to quantification.

What can we draw from the decisions and judgments in Kernott v Jones?

The law in relation to beneficial ownership of property remains complex, confusing and capable of interpretation in many different ways. Stack v Dowden and Kernott v Jones have provided some welcome clarification but there remain numerous questions.

Kernott v Jones has amplified the equity follows the law principle and confirmed that the bar is set high for anyone wanting to rebut this presumption in joint ownership cases. The case has also perhaps undermined arguments about the imputation of a common intention and possibly also about the imputing of the respective shares.

Contact our Camden or Hampstead Solicitors for more information about and other services including advice on property in the event of divorce.