Fatal Accidents In The Workplace 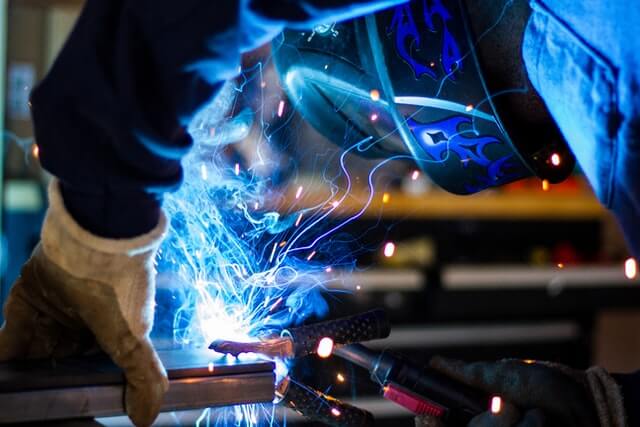 A new article from the BBC takes a looked at fatal accidents at work. The report states that since 1981, there has been a significant drop in workplace fatalities, primarily due to the decline of the coal mining and steel industries and the reduction of people working in factories and heavy industries. So how do things stand today?

The Health and Safety Executive of Great Britain publishes an annual report on the fatal injuries arising from accidents at work in England, Scotland and Wales. The 2016/ 2017 report states that 137 people were killed at work during this period, 10 less than the previous year. The Agriculture and Waste sectors account for the greatest number of fatalities, with rates 18 time and 15 times higher than all other industries, respectively. However, the Construction Industry accounts for the greatest absolute count of 39 deaths. The majority of those fatally injured were men aged between 16 and 59 and the causes were

Furthermore, although workers aged over 60 years represent only 10% of the workforce, this group represented around 1 in 4 of all fatalities. In addition, a total of 92 members of the public were also killed due to work-related activities in 2016/2017. Nearly half of these occurred on railways while a further 14 happened within the Health and Social Work sector.

The Management of Health and Safety at Work Regulations 1999

Under these regulations which reinforce the Health and Safety at Work Act of 1974, employers must make risk assessments around workers and the workplace, appoint people to oversee health and safety and provide information and training to keep employees safe. However, these regulations are only useful if they are enforced, and since 2014 when the Government changed the law in favour of employers and their insurers, breach of workplace regulations does not create civil liability.

An example of a breach under the Regulations, as reported by the HSE website, at the start of February a partner in a farming company was sentenced after one of his workers fell from a height. The employee suffered multiple fractures and internal injuries in 2016, while he was checking a unit attached to a grain drying facility. The HSE inspector said, ‘This incident could so easily have been avoided by planning ahead and putting in place suitable control measures and safe working practices. Those in control[…] have a responsibility to devise safe methods of working and to provide the necessary information, instruction and training’.

Another report describes how a 26-year-old employee was crushed to death while examining a crane. The company was fined a substantial sum after pleading guilty to breaching the Health and Safety at Work Act. The principal HSE inspector said, ‘ This tragic loss of life could have been avoided had the company adhered to and enforced its own safety procedures. Despite two previous [similar] incidents […] the company failed to ][…] act on safety recommendations’.

Ethics and morality aside, companies in the private sector cannot afford to disregard the health and safety of their employees. In the UK, each year workplace injuries and illnesses cost around £15 billion. The Institution of Occupational Safety and Health (IOSH), the world’s biggest professional health and safety membership organisation, has shown industry leaders that an investment in the wellbeing of employees by providing a supportive environment where health is taken seriously can positively influence the bottom line. Indeed, the IOSH has estimated that for every £1 invested in occupational health and safety generates a return of £2.20.

By definition, an accident is unexpected and unintentional. Employers can act according to the law and in good faith and still tragedy can occur. Sadly, all the rules and regulations in the world cannot bring the workplace fatalities rate to zero. However, being mindful of health and safety can certainly reduce the number of people who leave for work in the morning and never come home.

To speak with a lawyer in the personal injury department about an injury you have sustained call us on 020 7485 8811 or fill in our online form.