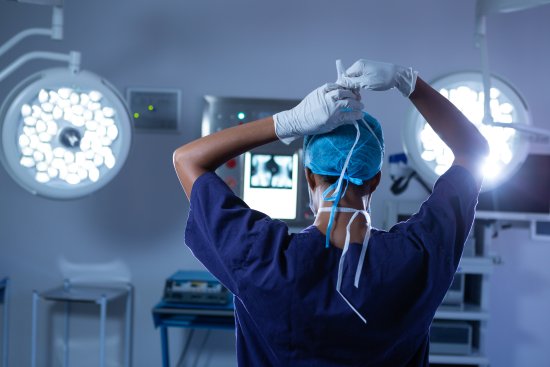 Jodi Newton was instructed in a claim against London North West University Healthcare NHS Trust where our client suffered serious gynaecological injuries after receiving poor advice on her treatment options and failed surgery.

Our client had suffered with pain and heavy bleeding which was advised to be due to fibroids. She underwent a Uterine Artery Embolization in 2014. Two years later in 2016, the pain returned and fibroids were identified again. She underwent an oophorectomy which is surgery to remove an ovary.

Sadly, a year after the surgery, the fibroids had returned again. They were small at that time so no intervention was required but after nearly two years, in 2019, she attended her Urgent Care Centre with severe abdominal and lower back pain. The CT scan identified two fibroids one of which was very large.

The gynaecologist at London North West University Healthcare NHS Trust recommended that she undergo a fibroidectomy to remove the fibroids and the surgery followed this. She was told the fibroids had been successfully removed.

In 2020 our client returned to the hospital suffering severe abdominal pain and learned that as well as suffering multiple fibroids, the large fibroid which she thought had been removed in 2019, remained in situ. She attended hospital on multiple occasions with debilitating pain and was shocked to learn that the surgery she had undergone less than 6 months earlier, had failed and that the surgeon had not in fact removed the fibroid.

Our client has now had a successful hysterectomy which has resolved her symptoms.

Our case is that she ought to have undergone hysterectomy instead of having the failed fibroidectomy nearly two years earlier and that the two years of pain and suffering she had suffered was entirely avoidable. It would have represented a permanent solution and it was a breach of duty to fail to offer her hysterectomy as an option in 2019.

The Defendant had furthermore failed to communicate to her that the operation was unsuccessful and had failed to arrange follow up treatment. In summary, the hysteroscopic resection of fibroid was not likely to be successful in removing the large fibroid and very unlikely to resolve the pain. The advice to treat the pain by resection of fibroids was sub-standard, as was the surgery itself.

We served a letter upon the Defendant setting out the allegations of the claim. The Defendant denied liability however we persisted, as a result of which the Defendant paid our client a significant 5 figure sum and court proceedings were avoided.

More Insights from Jodi NewtonVIEW ALL