Andrew Middlehurst, a lawyer in the specialist cycling injuries team at Osbornes Law, recently settled a claim for a cyclist who was struck from the rear by a Range Rover while riding his bike in London. Andrew was able to recover almost £30,000 for the cyclist.

The cyclist suffered serious lacerations and burns to the lower half of their body which left areas that were permanently scarred. The scarring was red, itchy and interfered with their sleep. They suffered a knee injury and psychiatric injury owing to the traumatic nature of the collision meaning they were unable to continue cycling.

To better understand the long-term impact of the injuries sustained, we arranged for the cyclist to be examined by several medical experts including a plastic surgeon to build up a full picture of their prognosis.

Andrew was able to calculate the full extent of the future financial impact resulting from the injuries. For example, the cyclist was able to seek the costs of skin camouflage products to ensure they could continue to wear shorts, the costs of counselling and public transport costs until the cyclist was psychologically recovered enough to cycle again.

A settlement was reached with the insurers which brought the matter to a conclusion.

Osbornes Law specialise in cycle accident claims, helping cyclists who have been injured following a collision. The firm is the legal partner to the London Cycling Campaign (LCC). Andrew regularly publishes articles about cycling and the law and has also appeared on Radio 4’s Law in Action.

Our personal injury lawyers can assist on a no win no fee basis. To speak to a specialist from the personal injury department, contact Andrew Middlehurst or complete the online form below. 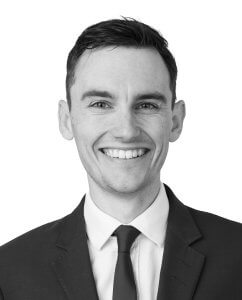