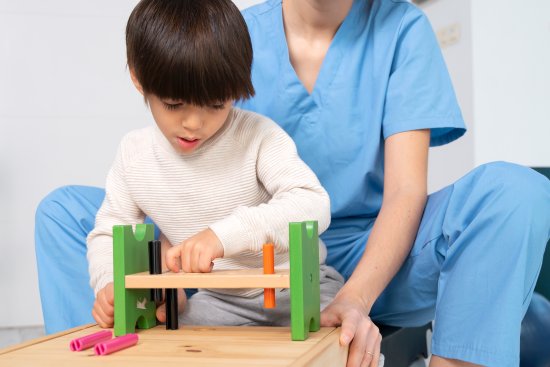 Osbornes Law specialises in helping families where a child has been diagnosed with cerebral palsy.

We represent clients and families establish that errors made during pregnancy, labour or post-birth led to an avoidable cerebral palsy diagnosis. Our specialist medical negligence lawyers focus on not only achieving financial damages for their clients but also ensuring the best possible long-term care package is put in place taking into account the changing needs and circumstances of your family.

Jodi Newton is a senior solicitor in the department who specialises in cerebral palsy claims. Jodi is ranked as a leading lawyer in Chambers UK and is an approved solicitor of AvMA, the leading charity representing patients who have suffered medical negligence.

Below are some of Jodi’s most recent cases.

Jodi Newton has secured a six-figure compensation payment for her client who suffers from cerebral palsy. This financial award has enabled her parents to move to a larger and more suitable home. Our client is now benefiting from case management, negotiated by Jodi, which has enabled her to access high-quality rehabilitation to support her through her toddler years and is now into her first year of school where she is thriving. The compensation payment has also enabled her parents to buy a disability adapted vehicle. This case is expected to settle for an eight-figure sum.

Jodi Newton achieved a six-figure sum compensation for her client with cerebral palsy. The financial award will not only fund his rehabilitation needs but will also go towards adapting his family’s current property so that he has more space for his therapies and equipment. This year he underwent life-changing hip surgery at one of London’s leading private children’s hospitals and the success of this surgery has seen him go from strength to strength. This case is expected to settle for an eight-figure sum.

Claim after mother and baby suffered life-changing injuries during birth

Jodi Netwon is acting for both mother and baby in a case where the midwife failed to recognise that the CTG was abnormal and to deliver the baby earlier. The baby suffered a Grade 3 HIE injury and is diagnosed with Cerebral Palsy and the mother lost so much blood that she suffered two cardiac arrests and has now been left with permanent neurological damage.

Jodi Newton acted in a case for a boy who had suffered an Erb’s Palsy injury following excessive force being applied by the midwife during his delivery. He suffered permanent nerve damage to his shoulder. The Trust denied liability but eventually a joint settlement meeting took place where a settlement was agreed for compensation over £600,000.

To speak with Joi about your situation and to find out if it may be possible for you to bring a claim please contact Jodi. You can fill in the form below and we will get back to you.

Find out more about our birth injuries experience