Investigations and duty of candour

Investigating incidents that have led, or could lead to harm is an important safeguard for patient safety and should be a feature offered by all healthcare providers.

Behind all patient safety systems should be a “duty of candour”. This is a statutory legal duty to be open and honest with patients and their families when something has gone wrong. It is also guided by a duty to prevent harm and future harm. It applies to all healthcare providers registered with and regulated by the Care Quality Commission (CQC). If a healthcare provider registered with the CQC fails to comply with their duty of candour obligations, they risk facing regulatory action by the CQC.

There are a number of ways in which a health provider will respond to an incident where a patient’s safety has been compromised but I am exploring in this article the Serious Incident framework and Structured Judgment Reviews.

Serious incidents are, fortunately, rare, but systems, processes, and individuals are vulnerable to weaknesses and to make mistakes and in an NHS Trust with a safety orientated culture, it is far better for this to be recognised, investigated, and followed up, to reduce the potential for harm.

NHS England have established a Serious Incident framework under which there are processes and procedures to be followed to ensure serious incidents are identified and investigated and with the underlying objective of learning from mistakes and preventing similar incidents in the future.

There is no definition of a Serious Incident and there will be differences between Trusts as to how that is defined. The NHS attempt to define it as:

“Events in health care where the potential for learning is so great, or the consequences to patients, families and carers, staff or organisations are so significant, that they warrant using additional resources to mount a comprehensive response. Serious incidents can extend beyond patients directly and include incidents which may indirectly impact patient safety or an organisation’s ability to deliver ongoing healthcare”.

Serious Incidents can include those where patients could have been seriously harmed but the harm was ultimately avoided. For a more recent example, at the peak of the COVID-19 pandemic, there have been Trusts who have declared a Serious Incident which in this context was due to an excess of patients.

As a medical negligence lawyer, however, I more often advise clients on Serious Incidents to an individual usually due to an error at that hospital which has resulted in avoidable harm to that patient.

The most common process for responding to a patient safety incident is in the form of a Serious Incident Investigation (often abbreviated to SII). This is an internal investigation undertaken by a health provider, most commonly an NHS Trust. Following an SII, a Serious Incident Investigation Report is prepared (often abbreviated to an SIR) setting out the findings and conclusions drawn from the SII. The SIR will be anonymised to protect confidentiality of the patient and of the individual health providers.

When an SII is instigated, it would suggest that the Trust takes the incident which triggers the SII very seriously.

In the event that a decision is made to initiate an SII, the hospital should contact the patient and/or their family for a list of your own concerns and questions which should be a feature within the report. Sometimes, if for example a written complaint has already been made by the patient, this will be incorporated into the SII.

If you have raised the need for an SII and this has been refused, you are entitled to question the healthcare provider as to why and if you are still unsatisfied, it is open to report this to the CQC.

The reports are usually prepared by senior consultants at the Trust, usually, at least one clinical lead who is likely to be a lead investigating officer, the Trust’s Director of Quality and Safety, line managers, senior managers, and often someone at a more administrative level, usually from a Quality and Safety Team. They will usually review all of the records and interview the key individuals concerned. Those preparing the investigation and report ought to have appropriate training.

The SII will usually be driven by the following objectives:

They tend to conclude with action points such as suggestions for reform to systems, implementing plans for staff to learn from the mistake with both immediate and general training needs, and timings for the same.

The Trust often invites the family to meet them in person so they can apologise and talk through the report.

NHS Trusts adopt different terminology for describing what is the same or similar process. This process is also sometimes, for example, described as a Root Cause Analysis investigation but often the same overarching principles apply as an SII.

The usual timescale for turning around of the investigation is 45-60 days from notification though extensions of time are often required. If it is not done promptly, the risk is that memories fade and further incidents could happen and therefore it should be undertaken without delay.

The main purpose is to ask why, through picking through the root cause analysis and questioning whether each cause is a problem or the symptom, a contributory factor or the root cause.

All SIRs should be signed off by the executive lead and submitted to the Strategic Health Authority.

A patient/their family are entitled to review the first draft of the SIR and to make suggestions for amendments before a final draft is produced. If the patient remains unhappy with the final version of the SIR, then it is best to take expert legal advice to support a potential challenge to the final report.

I have also seen Structured Judgment Reviews (“SJR”) and Mortality Reports submitted to formalise an investigation into the death of a patient and are designed to enable health providers to learn from deaths which occur in their care with the intention to improve the quality of the care they provide to patients and their families going forward. The underlying theme will often revolve around identifying how things went wrong, what was done well, and where could they do more.

Around 50% of deaths occur in hospital and studies show that most are inevitable but 3-5% are avoidable. The National Mortality Case Record Review (NMCRR) Programme was set up as a national project led by the Royal College of Physicians in partnership with Yorkshire and Humber Academic Health Science Network’s Improvement Academy (AHSN) and Datix, which is software adopted by health providers for patient safety. The drive was to standardise methodology for reviewing case records of adult patients who have died in hospitals and improve healthcare. It only covers deaths in hospital settings.

SJRs and SIIs often feed into inquests, where an inquest has been opened.

All health providers should have a policy in place setting out how to respond to deaths of patients who die while under their management and care.

The SJR is produced by trained reviewers whereby they review the patient’s records and comment on the care received at the various stages from admission to hospital to discharge/death. The SJR scores its own performance on a scale of 1-5 from very poor to excellent for each of the phases of care. This is combined with free-standing text to flesh out and explain the scoring. The intention is to identify both poor and good practice and combined with multiple SJRs within the hospital or a clinical area, patterns can be identified which may highlight systemic failings.

Whether that translates to actual improvement is an unknown as it depends on hospitals to implement the quality improvement proposals. The staff need to be engaged with a safety-driven culture, particularly the leadership. As much needs to be done, to follow up on the SJR by sharing the learnings, clearly acknowledge errors, implement training programmes, and identify cultural issues, to make the data gathering more meaningful.

While I welcome the Serious Incident process, I have personally found that SIRs can also be defensive, with the health provider admitting to benign errors and digging their heels in on the more serious errors.

SJRs use what I believe is quite a crude marking system and I have seen the “marks” adjusted upwards, with marks usually moving upwards compared to the original draft SJR, shortly before it is finalised and sent to a Coroner. It is hard for patients and their families to draw much comfort from reports drafted defensively and with a rigid marking system which reads more like a simplistic survey rather than a report reflecting on the way a Trust may have contributed to a loved-one’s death. I have heard it likened to marking one’s own homework.

On a more positive note, if the duty of candour is applied in earnest and the investigation has been thorough, they can be extremely beneficial in enabling the patient to understand what went wrong and to be reassured that reforms have been planned with the ultimate objective of those plans being implemented, to prevent future harm.

Safeguarding patient safety is often an objective considered to be a priority by those seeking legal advice, over and above securing financial compensation.

If you need advice on a Serious Incident Report, please contact Jodi Newton on jodi.newton@osborneslaw.com call 020 7485 8811, or complete an online enquiry form. 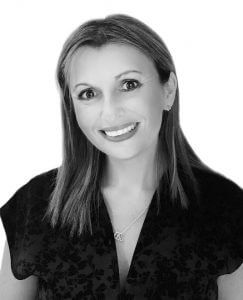