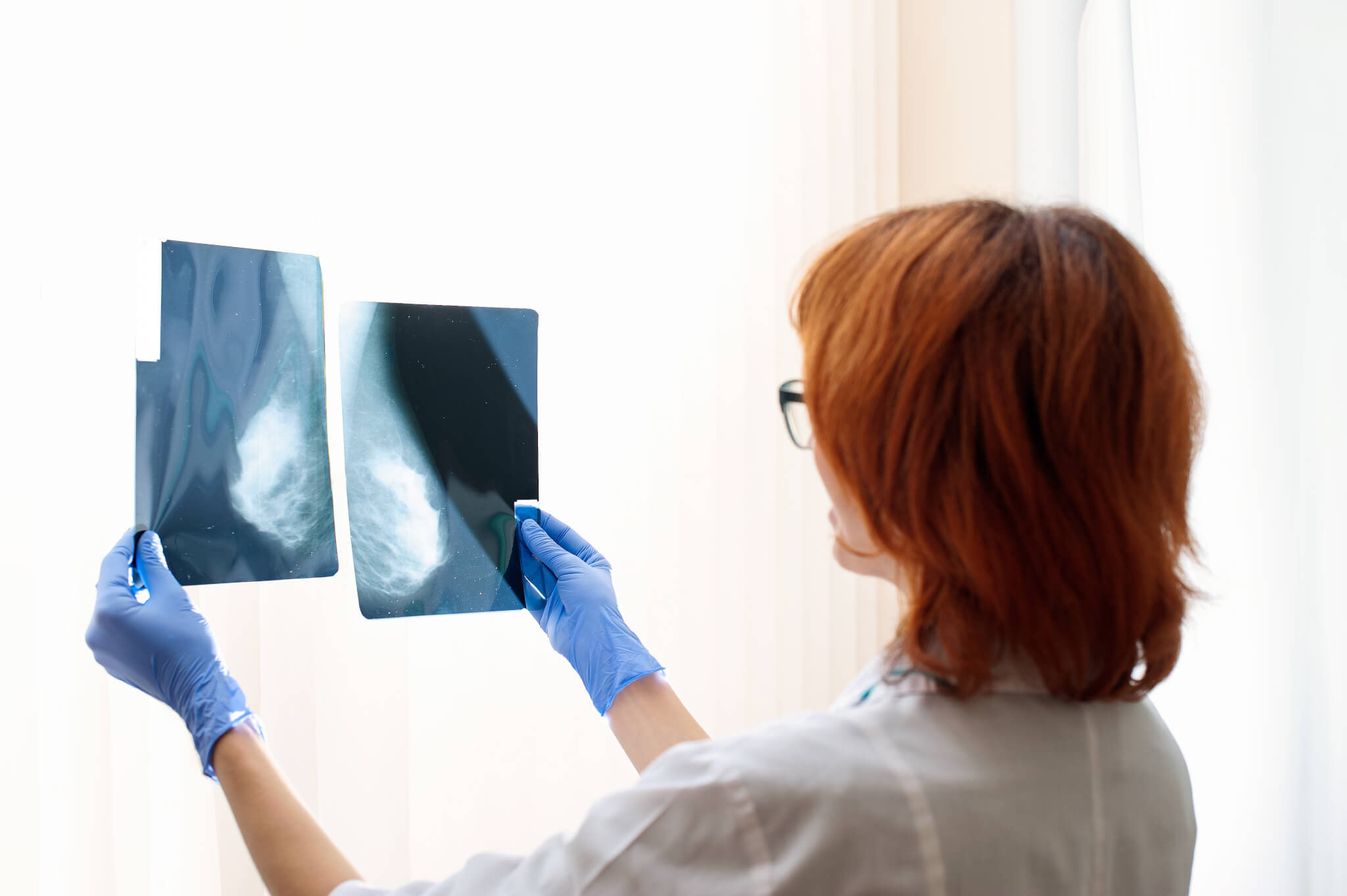 Breast cancer screening has improved significantly in the UK due to research bettering the understanding of this terrible disease, which has brought about advances in technology. We also now have protocols and programmes in place to protect those patients categorised as high risk. It is the most common type of cancer in the UK and therefore the third most common cause of cancer-related deaths. However, trials demonstrate that the number of deaths from breast cancer has reduced by approximately 20% of those attending for regular screening, preventing 1,300 breast cancer deaths in the UK each year.

Screening can identify breast cancer, or pre-cancerous changes before there are any signs or symptoms, and so the primary benefit is achieving earlier diagnosis of breast cancer. The earlier the detection and treatment of cancer, the better the chances are of survival and also the more likely the patient is to avoid more invasive treatment. Breast cancer is known as being a type of cancer which responds well to early treatment.

The mammogram was invented in the 1960s however it was not until 1970, when technology was developed using high definition intensifying screens and mammography films but with reduced radiation levels, that mammography gained traction as a diagnostic tool for breast cancer. The NHS Breast Screening Programme was one of the first of its kind in the world and began inviting women for screening in 1988, eventually covering the whole of the UK by the mid 1990s. In England they are looking to expand the programme to offer mammograms to women aged between 47 and 73, which it is hoped will save more lives. Campaigns are demanding that screening mammograms start from age 40.

Currently, anyone registered as female with their GP will be invited for routine breast cancer screening every three years from the age of 50 to 71. This means that between the ages of 50 and 53, women should receive their first letter inviting them for screening. You therefore need to be registered with a GP to be invited for breast screening.

What happens at a mammogram and afterwards?

During the appointment, patients have four x-rays, two on each breast. This is known as a mammogram. After screening, the mammogram will be checked for abnormalities and the results then sent to the patient and their GP.

Patients assessed at higher risk of breast cancer will be invited for screening earlier than 50 years old. If the patient is assessed by a specialist as being at higher risk than the general population, they will be offered a higher level of screening which in some cases will be more regular than the routine three-yearly check-ups and may involve an MRI scan as well as a mammogram.

After a routine screening, there are usually three possible results:

In May 2018, the Health Secretary Jeremy Hunt disclosed that a computer error had resulted in a failure to invite 450,000 women between the ages of 68-71 in England for a screening mammogram and as a consequence, it was estimated that 270 women’s lives were shortened.

A common ground for negligence is a failure to refer or follow up on abnormal test results and we are currently acting in cases against various hospitals who have, tragically, missed a diagnosis for this reason, including a North London hospital which failed to follow up on a mammogram for a high-risk patient who went on to develop breast cancer. Where mistakes happen in breast cancer screening, this may be because the sonographer has failed to identify the abnormality, but it can also happen when a systems error fails to initiate the referral for a routine mammogram, or failure to follow up on an abnormal mammogram.

Systems and technology are more sophisticated than they were for screening of cancer but given the vast number of patients now eligible for routine screening and high-risk patient screening, there will be a greater vulnerability to errors. By following up on the error, whether that is initiated by the hospital commissioning a Serious Incident Investigation or the patient’s complaint, and whether the failure is systemic or human, the shortfalls are then highlighted, with the silver lining being recommendations for improvements to be made. The investigation into the mistake not only identifies the root cause of the failure, which is important for both the patient and clinicians involved, but also should trigger improved training and more fail-proof systems, to prevent harm to future patients.

If you have been affected by failures in diagnosis of cancer, please contact Jodi Newton, who is a Senior Associate Solicitor in our Clinical Negligence team or complete the online enquiry form below. Jodi specialises in negligence relating to cancer diagnosis.