Our client had been riding their bike along a quiet road in Barnes when the driver of a car suddenly pulled out of a parking space to do a U-Turn. Our client had no chance to avoid the collision and was struck by the front right panel of the car.  At the time of the collision, the driver asked the cyclist if he was alright and provided her telephone number and name.

The cyclist then contacted the driver for her vehicle registration number. During this call, the driver told our client that the accident was his fault and she would not provide any of her details to him!

Laura advised her client to contact the police and provide them with all the information regarding the accident along with the camera footage he had showing the accident. The police were able to find the driver and prosecute her for driving carelessly and failing to provide insurance details in the event of an accident.

Once the police had obtained the driver’s insurance details Osbornes Law was able to contact the insurers who initially denied liability stating that the cyclist was to blame for the accident as he cycled into the back of the driver’s car.  Although camera footage was sent to the insurer, they, unfortunately, continued to deny liability. Medical evidence detailing all injuries sustained was also sent to the insurer, however, they were not willing to settle the claim. On this basis, we advised our client to allow us to issue Court proceedings on his behalf.

A letter was sent to the insurer setting out the evidence we would place in front of the Court and then advised our offer to settle would remain open for 14 days, after which Court proceedings would be issued.

Read our blog to find out what immediate steps you should take if you have been involved in a cycling collision.

In cases where the insurer is not willing to accept that their driver was liable for the accident, our specialist cycling accident lawyers can help push the case forward towards settlement.

Osbornes Law specialise in cycle accident claims, helping cyclists who have been injured following a collision. The firm is the legal partner to the London Cycling Campaign (LCC).

To speak with Laura Swaine about your injury please call us or fill in an online form and we will call you back. 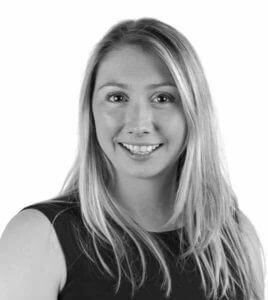