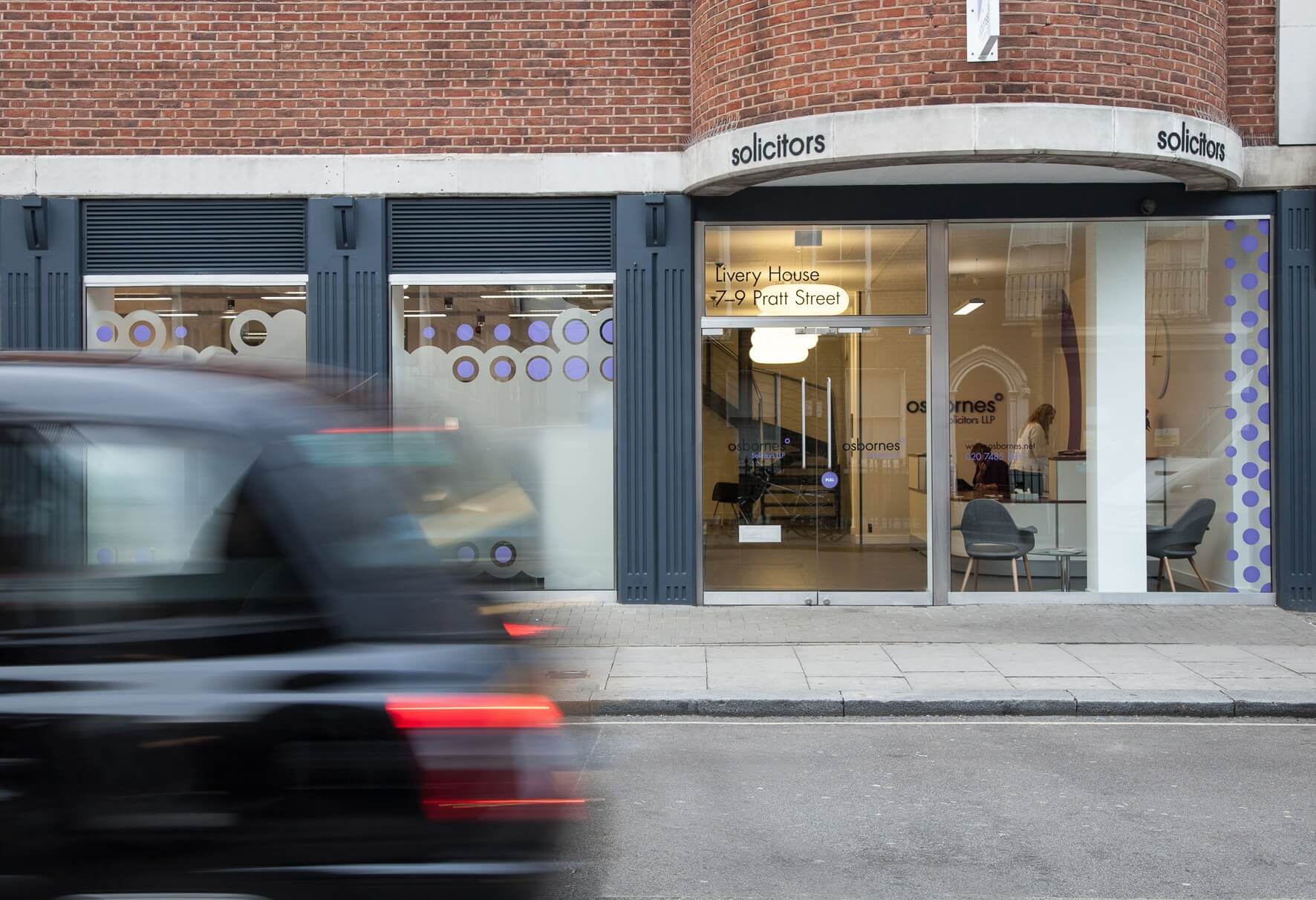 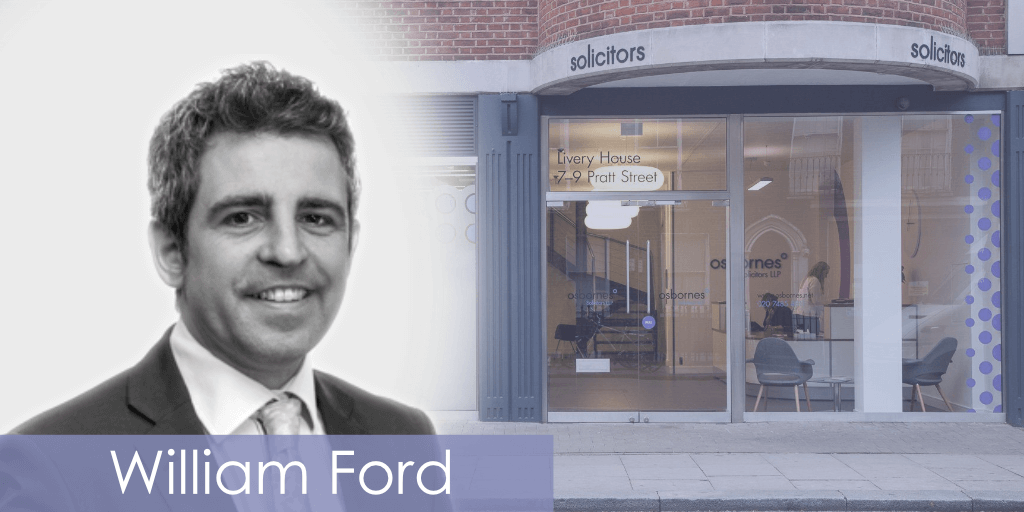 A claim for judicial review was issued in 2016 in response to the 10 year residence criteria that had been applied to the London Borough of Hillingdon’s allocation scheme. The challenge initially included an alleged breach of s166A of the Housing Act 1996, in that the scheme (by excluding most people who had not resided in the borough of Hillingdon for a period of 10 years) failed to give reasonable preference to homeless persons. The scheme was also challenged on the basis that the allocation scheme discriminated unlawfully on the basis of race, contrary to both s19 of the Equality Act and Articles 14 and 8 of the Human Rights Act 1998.

Mr Gullu is a refugee and the London Borough of Hillingdon (“the Council”) accepted a housing duty towards him in 2014 following a homeless application. However, his application to be placed on the housing register for allocation of social housing was refused as he had not resided in the borough for 10 years. The allocation scheme, by having a 10 year residence criteria, made it much less likely for refugees to be able to qualify to be placed on the housing register. After the issue of the claim the Council agreed to reconsider their policy. This resulted in a revised scheme being introduced in December 2016. The Council created a new band of priority (Band D) under their Allocation Scheme, which allowed people without 10 years residence to be placed on the allocation scheme provided they come within one of the reasonable preference categories set out at s166A of the Housing Act 1996, including homeless persons such as Mr Gullu. However, the amended scheme meant that to achieve any priority above Band D (and therefore to have any realistic prospect of being made an offer of social housing) it was still necessary to have 10 years residence in the borough. Whilst it was conceded that this amendment to the scheme was sufficient to remedy the breach of s166A of the Housing Act 1996 (in that some preference was now being provided to persons who were required by statute to be afforded reasonable preference under the Council’s allocation scheme), Mr Gullu maintained that the amended scheme was still discriminatory due to the way the 10 year rule operated.

It was argued on behalf of Mr Gullu that refugees were a sub-category of the group categorised as non-UK nationals, and that the allocation scheme indirectly discriminated against this group, when compared with UK nationals (who are far more likely to be able to meet the residence criteria). It was also argued that refugees are a class of people who can be discriminated against for the purposes of a claim under Articles 14 and 8 of the Human Rights Act 1998, and that the discrimination caused by the residency criteria was unlawful.

Evidence was obtained from the Refugee Council regarding the challenges faced by refugees upon ceasing to be accommodated by the Home Office as asylum seekers and the impact of residence criteria such as that adopted by the Council. The Equalities and Human Rights Commission applied for and were granted permission to intervene in the claim for Judicial Review.

The case was heard at first instance before Mr Justice Mostyn and judgment was handed down on 24 July 2018. However, Mr Justice Mostyn found that the scheme did not indirectly discriminate against non-UK nationals. He held that the comparator was with another short-term resident who is not a refugee. That comparator might be a recent arrival from another part of the UK (Yorkshire being the example given) or a recent arrival from the EEA exercising treaty rights.

He found that the Allocation Scheme treated Mr Gullu and the comparator the same, both being denied priority by virtue of the 10-year residency rule. He held that there was no discrimination to Mr Gullu as he could not demonstrate that his circumstances and those of the comparator (or analogue, using the language of Mr Justice Mostyn) were materially different. Mr Justice Mostyn also found that if he was wrong about the existence of discrimination, that such discrimination was, in any event, justified and thus not unlawful. Many public policies will indirectly discriminate against a particular group (in that an apparently neutral rule has a disproportionately negative impact on one group over another). If that is the case the public body can seek to argue that such discrimination is nevertheless justified, in that it is a proportionate means of achieving a legitimate aim, and thus not unlawful (see s19(2)(d) of the Equality Act 2010).

Shortly before the first instance decision had been handed down in Mr Gullu’s case, a similar challenge to the Council’s Allocation Scheme had been found to be unlawfully discriminatory by Mr Justice Supperstone in the case of R(TW and others) v London Borough of Hillingdon [2018] EWHC 1791 (“the TW case”). That case involved a challenge by Irish Travellers rather than refugees, but the basis of the legal challenge to the scheme was very similar.

Mr Gullu appealed the decision of Mr Justice Mostyn and the Council appealed the decision of Mr Justice Supperstone in the TW case. Both cases were granted permission to appeal by the Court of Appeal and the appeals were heard together on 3-4 April 2019. The lead judgment was given by Lord Justice Lewison, with whom Lord Justice Underhill and Lady Justice King agreed.

The Court of Appeal found that Mr Justice Mostyn had approached the question of whether the scheme indirectly discriminated incorrectly. The relevant protected characteristic under the Equality Act 2010 was that of “race”. The term “race” includes national origins, and a racial group may be made up of two or more distinct sub-groups. Therefore non-UK nationals are a class of people sharing a racial characteristic. As a refugee Mr Gullu fell within this group.

Mr Justice Mostyn had fallen into error by comparing him with an individual comparator (such as a voluntary migrant from Yorkshire or France). Whilst this would have been the correct approach in a case of direct discrimination, this was a case of indirect discrimination, where the correct comparison is between groups rather than individuals. The groups, for comparative purposes, were, on one hand, those who share the relevant protected characteristic (“the protected group”); and on the other hand those who do not (“the comparator group”).

However, the impact on non-UK nationals in general, and refugees in particular, was brought to the Council’s attention in pre-action correspondence from Osbornes Law and again when the claim for Judicial Review was issued in July 2016. Despite this when the Council undertook a review of the policy later in 2016 there was no specific consideration of the position of non-UK nationals or refugees. The review only considered the impact of the residence criteria on applicants by reference to ethnicity.

The Court of Appeal found that there had been a breach of the Public Sector Equality Duty (“PSED”) under s149 of the Equality Act 2010 in Mr Gullu’s case. Whilst it was not reasonable to expect local authorities to anticipate the impact of a particular policy on all possible protected groups, where questions are raised after the implementation of the policy it is expected that local authorities will address their mind to the position of that group. In this case the Council failed to consider the position of non-UK nationals despite if having been specifically raised.

On the question of justification, the Court of Appeal noted that whilst it is possible for a public body to justify its policy after the policy has been put into effect, the court will not have had the benefit of the considered decision of the policy maker. This will make justification harder to establish by the public body and will call for greater scrutiny. Lord Justice Lewison found, as he had in respect of the PSED, that whilst it was not a requirement that prior to implementation a decision maker consider the impact on all potential groups who may suffer disadvantage as a result of the policy, it is incumbent on the policy maker once confronted with the omission, to justify the discrimination as regards that particular group.

The Council had also attempted to argue that the Allocation Scheme could be justified by so called “safety valves”, which the Council argued included aspects of the Council’s allocation policy (such as hardship provisions contained within the scheme, and also, more controversially, the duties owed to the homeless under Part 7 of the Housing Act 1996. However, the Court of Appeal did not agree and held that if a policy results in a relative disadvantage as regards one protected group, any measure relied on as a “safety valve” must overcome that relative disadvantage. There was no evidence to suggest that any such “safety valves” in the Council’s policy operated to eliminate the disadvantage to non-UK nationals or Irish Travellers. This was different to the factual position in the case of R(H) v Ealing LBC [2017] EWCA Civ 1127 (which had been relied upon by the Council) where the policy under challenge which disadvantaged certain protected groups was counterbalanced by other parts of the policy which conferred significant priority on those groups.

Mr Gullu also argued that the allocation of social housing under Part 6 of the Housing Act 1996 came within the ambit of Article 8 of the European Convention on Human Rights. The Court of Appeal recognised that this was an important issue and was complex. However, as the Court of Appeal did not need to make a decision on this point in order to find in Mr Gullu’s favour it declined to make obiter comments on this point, leaving the issue open for determination in a future case.

The implications of this Judgment

William Ford, Partner at Osbornes Law and the lawyer with conduct of this case commented as follows:

“It has taken a long time to get to this point, with the claim having been issued back in 2016. However, I warmly welcome the clarification from the Court of Appeal on the correct way in which to address whether a policy indirectly discriminates against a group with a protected characteristic, as well as the Court’s guidance on how to approach the question of whether such discrimination can be justified. I hope that the Council will now take the opportunity to reconsider its Housing Allocation Scheme and the negative impact it presently has on refugees, who are a particularly vulnerable group who regularly have a significant need for social housing. I would also like to extend my thanks to the Refugee Council for their involvement in the case as well as the Equalities and Human Rights Commission, who intervened in the case.”