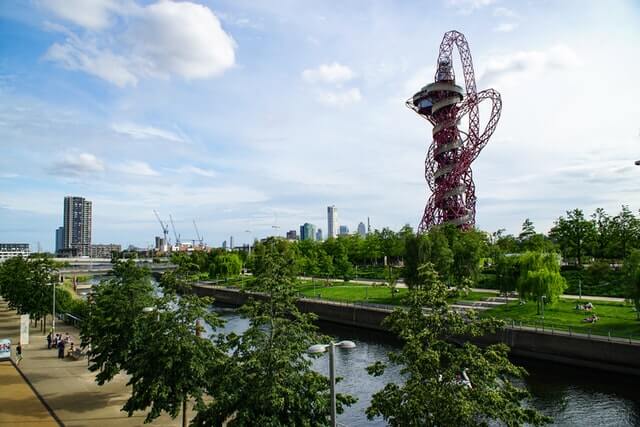 After the death of a cyclist outside the Olympic park, Stuart Kightley, personal injury solicitor at Osbornes re-visits the question of whether cycling helmets should be mandatory.

The buzz and fanfare of the London 2012 were temporarily halted last Wednesday (1st August) after a cyclist was tragically killed just outside the Olympic Park. The 28-year-old man was knocked down by a double-decker bus and was pronounced dead at the scene.

Following the accident, perhaps fuelled by comments from our new Olympic champ Bradley Wiggins, the debate on whether cycle helmets should become a legal requirement for all cyclists was re-ignited. To be clear Wiggins later clarified his comments on Twitter confirming that he hadn’t called for helmets to be made the law, he was merely suggesting that it may be the way forward to give cyclists more protection legally if involved in an accident.

That being said the pros and cons of wearing a helmet and indeed the safety of cycling inner city have been placed firmly back into the spotlight.

Back in 2008 I wrote a similar article on cycling in London and cited that the benefits of cycling included the fact that cyclists travelling short distances reduce their risk of death (largely due to lower risk of heart disease) by 22%. The health benefits were said to exceed the risks by a factor of 20. Fast forward four years and these health benefits still stand. It is estimated that cyclists can burn around 600 calories an hour and indeed you can cycle up to 1037km on the energy equivalent of a single litre of petrol! So cycling is still a healthy option and saves the environment – however, what are the risks involved?

So it is obvious that there are risks involved in cycling, however, one should consider that in the third quarter of 2011 there were 52,499 victims of all types of road traffic accidents. The reality is that every time a person walks down the street they are putting themselves at risk of coming in contact with a bad driver, especially of larger vehicles or those mounting the kerb (January 2012 saw the tragic case of 16-year-old Cassie McCord who was killed after an 87-year-old driver mounted the kerb and collided with her).

In this context choosing to cycle is no riskier than choosing to walk, drive or take public transport. However just as a person (i) would choose not to walk in the middle of the road, (ii) should always wear a seat belt when in a car and (iii) is always advised to mind the gap when boarding a tube – is it reasonable to insist that cyclists wear a helmet when cycling to negate risks of serious injury in the event of an accident?

There is a body of opinion that claims a helmet has no proven safety benefits and that if made compulsory it would actually deter people from cycling. Whilst it is true that the scientific evidence is not overwhelming for or against the wearing of a helmet it does seem to conclude that the risk of brain and serious head injury is significantly reduced by their use. The British Medical Association is one body which is now in favour of legislation to make cycle helmets mandatory.

Chris Peck who is the policy coordinator for the UK’s national cycling organisation ‘CTC’ commented that making helmets compulsory would be counterproductive. “Making cycle helmets compulsory would be likely to have an overall damaging effect on the public health since the health benefits of cycling massively outweigh the risks and we know that where enforced, helmet laws tend to lead to an immediate reduction in cycling”.

One point in favour of wearing a helmet is however that if one is unlucky enough to suffer a head injury following an accident on a bicycle the other party’s lawyers will almost always try and claim a 25% deduction in compensation for ‘contributory negligence’, if you were not wearing a helmet.

So it seems that the jury is still very much out on whether cycling helmets should be a legal requirement. Perhaps it will be the comments of our mayor Boris Johnson that most will agree with when he said that “cyclists should be able to wear a helmet if they want”… as he arrived for a ministerial Olympic meeting at the Cabinet office – wearing a bike helmet.