The law around E-bikes and E-scooters explained 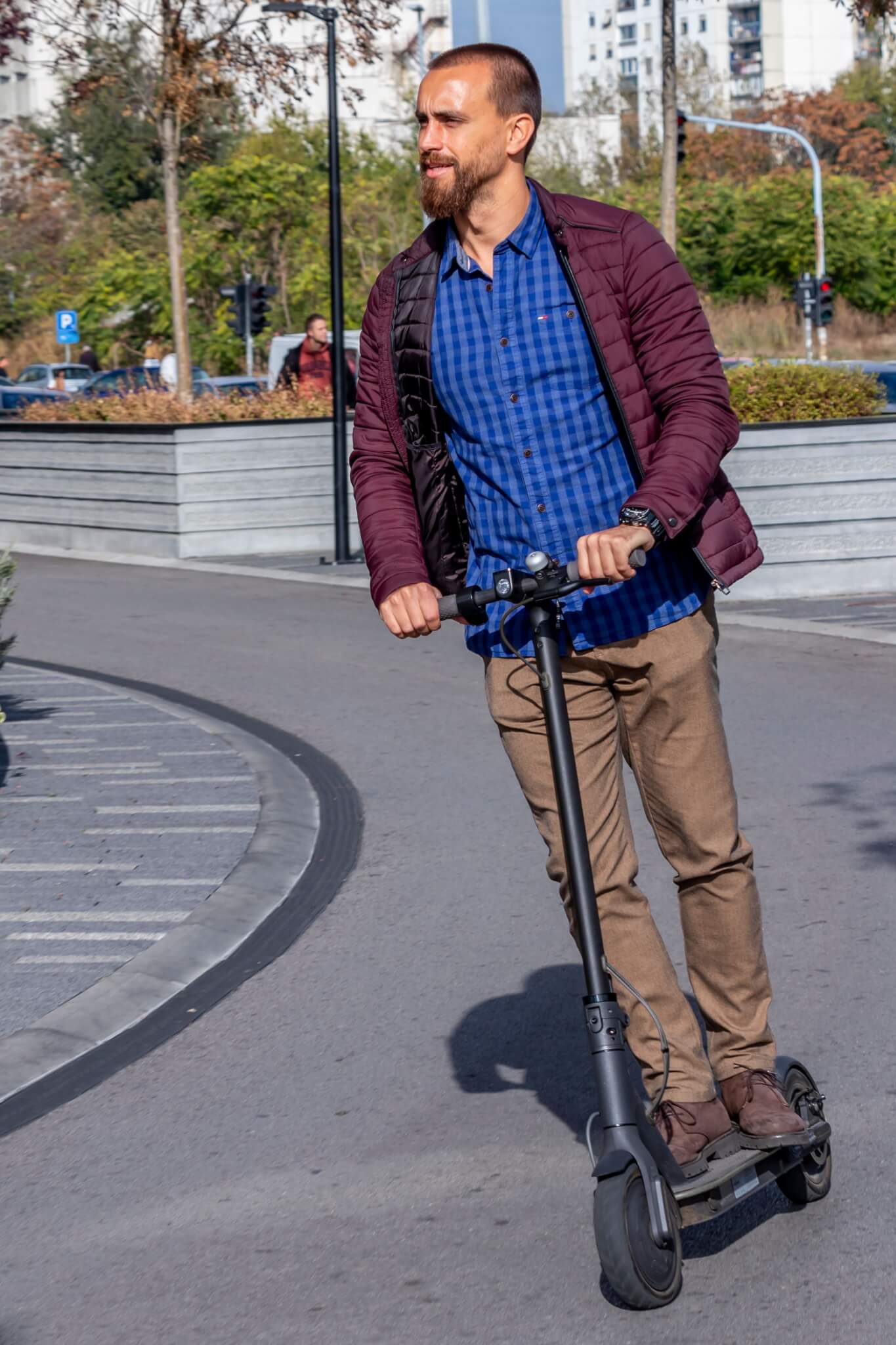 Why are electric bikes legal but not scooters?

E-bikes and e-scooters are the new rides on the block. To many, they are the micro-mobility revolution that will deliver low carbon, cheap, urban travel. To others, they are cheating. Or dangerous. Or illegal.

As with any new technology, micro-mobility devices offer opportunities and challenges, and lawmakers have the job of regulating them so that their obvious benefits can be enjoyed safely.

Why are electric bikes legal?

If an e-bike complies with the construction and use regulations, it is already allowed by law. The requirements are:

Find out how to make a cycling accident claim

Providing these requirements are met, it officially becomes an Electrically Assisted Pedal Cycle (EAPCs). This gives it special status, so it is not treated as a motor vehicle. Therefore, it is exempt from the road traffic acts that require insurance, helmets, tax and registration.

EAPCs are allowed on the roads and in cycle lanes (but not on pavements) and can be ridden by anyone aged 14 and over. As with bicycles, proficiency training and bike helmet use are recommended on safety grounds but are not mandatory. This is a light touch legal framework and e-bikes are essentially treated the same as bicycles. Which makes sense – they are in fact the same as a normal bike, only the pedal power is enhanced by battery output within strict limits.

A small e-battery is better seen as a way of encouraging those who might otherwise be daunted by the prospect of cycling, to venture forth onto the streets. This is especially so during the pandemic lockdown when alternative means of transport are even less appealing and the roads are quieter than normal. An e-bike will smooth the hills and extend the range of the average cyclist so that commuting to work becomes an achievable target – at least for many, a realistic alternative to the tube, bus or car.

There is no evidence that e-bikes are more likely to be involved in accidents – injuring the rider or anyone else – than normal bikes, so if they get more people on two wheels rather than four it is hard to fault a bike that gives a bit more oompf for those who want it.

One of the most common injuries caused by bicycle accidents is head injuries, accounting for around 40% of reported cycling injuries. These range from cuts and bruises to concussion and hairline fractures to severe brain damage and fatalities. The most common type of head injury caused by cycling is concussion which can cause dizziness, memory loss, temporary loss of brain function and loss of speech control. The higher the speed of a cycling accident the more likely the head injury will be a lot more serious.

Why are electric scooters illegal?

An e-scooter is a slightly different animal. The law treats the e-scooter very differently, at least at present.

The electric scooter is a powered vehicle (technically a Personal Light Electric Vehicle), and therefore unlike the e-bike, it is classed as a motor vehicle under the road traffic legislation. However it does not comply with the construction and use regulations (for instance a registration plate and rear facing lights) like other motor vehicles, so it is illegal on our roads.

Even if you were to have a compliant e-scooter you would still have to comply with the rules requiring insurance, MOT, road tax and helmet to legally ride an e-scooter on the road. So they are only currently allowed on private land (with the owner’s permission).

The annual casualties in Greater London report from Transport for London show that serious injuries caused by ‘other’ vehicles such as e-scooters are on the rise, up to 56 from 10 in the previous year.

In the Spring of 2020, the government consulted on legalising e-scooters, and they indicated in the call for evidence that they were looking at regulating e-scooters so that they are essentially treated the same as e-bikes. That is, a low regulatory bar which sets a maximum speed limit (12.5 mph or 15.5 mph, or somewhere in between) and perhaps a maximum power output. There may be other construction requirements, such as the need to have a handlebar (ruling out some other forms of micro-mobility).

The government paper also sought views on whether to allow e-scooters on roads and cycle lanes (but not the pavement) and will need to consider what regulations to impose in relation to braking and lighting/reflectors; dimensions and ability to indicate; registration, licencing and age limits.

Around the same time, it was announced that a 12-month pilot rental scheme for e-scooters would begin from 4 July 2020. From this time on, local authorities could allow private e-scooter rental schemes within their area, subject to certain rules. The hope was that the change in transport use resulting from the pandemic lockdown would create a window of opportunity to encourage and roll out micro-mobility vehicles. The new scheme attracted headlines that perhaps suggested an e-scooter free-for-all, where all e-scooters became legal overnight. The reality was very different: from 4 July the enabling regulations were put in place to allow rental schemes to be approved by councils, and at the time of writing none have yet been publicised.

The rules under the scheme remain fairly tight. They will still be treated as motor vehicles during the trial and so will need insurance cover (to be arranged by the hiring company) and a valid driving licence (full or provisional). E-scooters hired under an approved scheme will be allowed to ride on road and in cycle lanes and tracks, but not on pavements. There will be no need to wear a helmet (but it is recommended).

The government intends to monitor the scheme monthly. The evaluation process will look at risk vs benefit: safety outcomes from e-scooter users, public perception (including from other road users and people with disabilities); as well as take-up and popularity.

Experience in early adopter cities around the world shows that differences in infrastructure and culture can create very different regimes: a 6 mph speed limit in Barcelona’s cycle lanes, compulsory insurance in Berlin and helmets in Kyoto. And Paris has just announced a crackdown to stop e-scooters littering the capital.

Can you ride a private electric scooter on the road?

The only electric scooters that can be ridden on public roads are those current part of government-backed trials such as the one being carried out in 10 boroughs of London. Privately owned e-scooters can not be ridden on public roads, they can only be used on private land. This is because they don’t always have visible rear red lights, number plates or the ability to signal when turning left or right.

Can you ride an electric scooter if banned from driving?

If you are banned from driving this excludes you from riding electric scooters as well. To ride an e-scooter you require a category Q entitlement on your driving license. All of the same rules apply to e-scooters as other vehicles within the Q category.

To speak with Stuart or another of our London lawyers, contact us on 020 7485 8811 or fill in an online enquiry form.