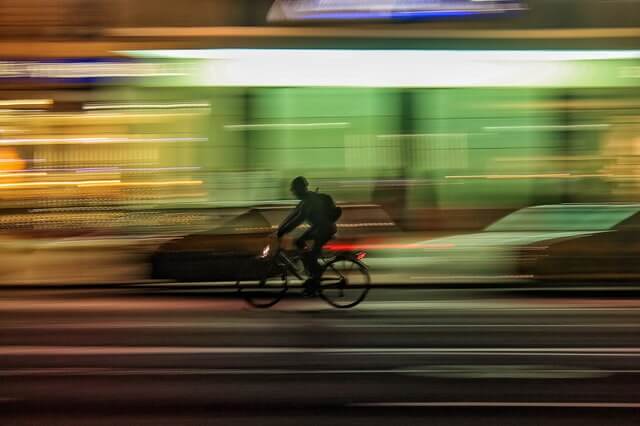 Have you ever been cut up by a van turning left? Or been riding along only to find the tarmac narrowing in front of you as a bus pulls in? Or you may have even been subject to the velo-hating red mist that seems to descend upon some of our fellow road-users?

For an increasing number of cyclists, the solution to these problems is in part to be found in a simple bike cam, mounted on the helmet or handlebars. It may not prevent such incidents occurring but – at least, the hope is that – the prevalence of bike cams might encourage drivers to be more vigilant, improve rider safety and prevent cycling accidents.

The one that started it all…

The first widely-publicised prosecution resulting from footage recorded on a cycle cam was in 2010. Eventually, Scott Lomas pleaded guilty to a public order offence having been shown evidence from a bike-mounted video, but that was not before barrister and bike-enthusiast, Martin Porter, had fought tooth and nail to have charges brought against him.

Mr Porter’s footage was initially not accepted at the police station and, when he emailed it to an officer, it was dismissed and Mr Lomas informed that no further action would be taken against him. Only after a letter to the local Crown Prosecutor, followed by one to the Director for Public Prosecutions, did the investigation even progress as far as an interview.

The attitude of the police and the Crown Prosecution Service has changed markedly since then, with a number prosecutions being brought for driving and public order offences on the strength of bike cam evidence. Mr Porter’s namesake, Ben, videoed a van driver who not only drove into him but proceeded to get out of his vehicle to shout abuse and chase him down the street.

The Metropolitan Police have now even established a website, Roadsafe London, to encourage the public to report poor driving and other traffic incidents in the nation’s capital. Simon Robertson is one of those to have submitted bike cam footage, showing a coach driver cutting him up and resulting in a £150 fine and three penalty points for the culprit.

As the use of bike cams has worked its way up from an undercurrent into the mainstream – no doubt helped by their use in pro cycling – there is now a growing movement of amateur cyclists donning helmet cams and posting their footage online.

Predictably, the most common offences captured on bike-mounted cameras seem to be driving offences and public order offences, such as using threatening or insulting words or behaviour to cause harassment, alarm or distress. Although some of the more minor offences only carry the maximum penalty of a fine, others can result in community orders or terms of imprisonment.

Bike cam evidence has resulted in relatively few prosecutions thus far, but it’s important to note that, although the police only deal with criminal offences, bike cam footage can be used as evidence in disputed insurance claims for cycling accidents.