The risks and rewards of cycling in London 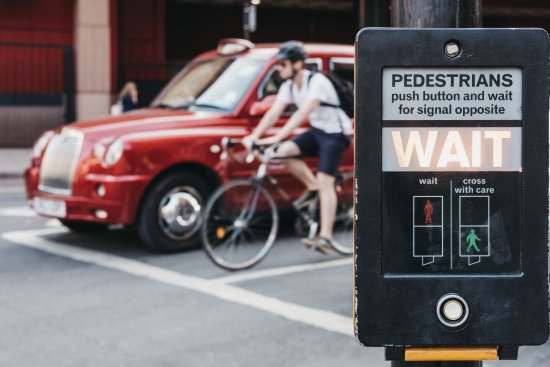 Stuart Kightley of Osbornes solicitors asks the question: is cycling in London good for your health?

I acted for a client whose sensible reaction to the London Underground bombings of July 2005 was to get himself a bike and cycle to work. Within two weeks he was knocked off his bike by a lorry and suffered serious head injuries.

Those of us cyclists-commuters who have been fortunate enough to escape serious injury will swear by our daily constitution, but are we brave or just foolish?

A little context: there were 23,000 road traffic casualties in London in 2021. Cycling accounted for only 2% of all travel journeys but 9% of the casualties.

However, this represented a 34% reduction on the numbers recorded for the period 1994 – 98 (TfL’s baseline average), despite a boom in cycling in the capital over the same period.

And then there are the health benefits. I hesitate to claim fresh air as a positive benefit of London cycling, but cycling along the roads cannot be any worse than walking along them and statistically car drivers actually absorb higher levels of pollutants than either cyclists or pedestrians. Face masks are available but they are neither pretty nor comfortable and their filters must be replaced regularly to be effective. For many, they are a step too far.

The Mayor’s new low emissions zone may help clear the air a little for the cyclist. It won’t help those on the tube. It is no urban myth that breathing the air on a Northern Line tube train for 20 minutes draws the same mass of particulate matter past your lips as smoking a cigarette (although it’s only an estimate – Dr Ben Croxford, UCL, 2001).

In terms of the overall health dividend, there is little doubt that regular cycling boosts health and fitness and reduces the long-term risk of heart disease, obesity, diabetes and high blood pressure.

One calculation estimates that new cyclists travelling short distances reduce their risk of death (largely due to lower risk of heart disease) by 22%. The health benefits are said to exceed the risks by a factor of 20.

There are some cycle accident risks that are beyond a cyclists’s control: the bad driving of larger and more dangerous vehicles in particular, but knowledge and anticipation of particular dangers can save the cyclist from injury.

For instance, it is known that lorries in London account for a disproportionately high number of fatalities and serious injuries to cyclists (2/3 of all London cyclist fatalities involve a heavy goods vehicle). Lorries turning left at junctions are a particular danger for the cyclist, trapped at the nearside kerb. Staying behind that stationary lorry could just make all the difference.

By riding defensively and assuming other road users find you invisible, you may also avoid that car driver on his mobile turning right across your path or the white van driver parking and then opening his offside door as you cycle past. Refer to our blog on the changes to the highway code for the latest safety measures to protect cyclists.

Fit a bell to the handlebars (if the bike was first sold after May 2004 it was legally required to be fitted with one). It need not be a trilling St Trinians bell, just one that is loud enough to deter pedestrians from wandering out in front of you.

By law you must also have working lights to front and rear (and a rear reflector and yellow pedal reflectors, which should come with the bike). Flashing lights are more visible (and are now allowed since the law was amended in October 2005). Many lights are detachable and can be clipped to your helmet, rucksack or other appendange.

You can complement your flashing/steady red/white/yellow lights with some high-visibility clothing. It is not (yet) compulsory but most cycling kit now comes in loud colours and with reflective strips. It is easy to be conspicuous. Indeed at night it is hard not to look like a Christmas tree.

Another, more controversial, piece of safety gear is the cycling helmet. Figures published by the Department of Transport this week show that 60% of London cyclists wear them, which is double the national average. Are Londoners more careful, or is London more dangerous, or both? Cycling helmets are not compulsory, so why are we so keen on a piece of kit dismissed by Jeremy Clarkson as “a bunch of bananas”?

There is a body of opinion that claims the helmet has no proven safety benefits and that if made compulsory it would deter people from cycling. It is true that the scientific evidence is not overwhelming and that even its most ardent followers would accept that the cycle helmet offers only limited protection (it is at best a polystyrene shock absorber for certain non-vehicle impacts at 12 mph or less), but the evidence there concludes that the risk of brain and serious head injury is significantly reduced by their use. The British Medical Association is now amongst a growing number of bodies in favour of legislation to make cycle helmets mandatory.

Another point in favour of helmet use is that if one is unlucky enough to suffer a head injury following an accident on a bicycle the other party’s lawyers will almost always claim a 25% reduction in compensation for ‘contributory negligence’, if you were not wearing a helmet. Whether they will succeed is an entirely different matter and will depend on the facts of the case (and how good your lawyer is!), but the point is that there are not many good reasons to bike around London without a helmet on.

Cycling to work, like any physical activity, is not without risk of injury, but if I must commute I’d prefer it to be with the wind in my (helmeted) hair.

Stuart Kightley is a Personal Injury Partner at Osbornes Solicitors in Camden, London. This article was published in North, Angel and North West magazines.