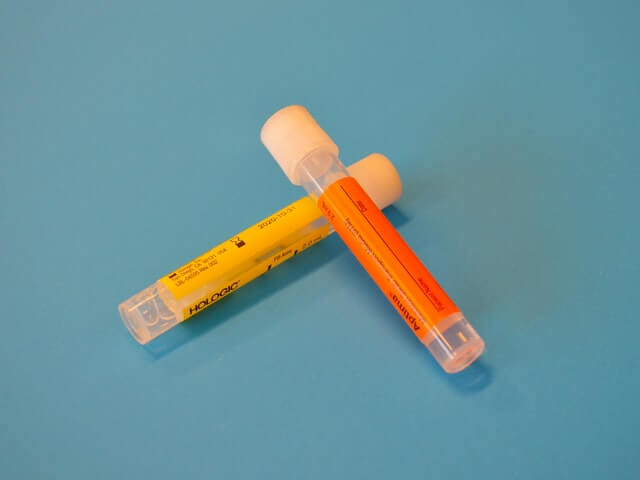 Our client had undergone blood tests at her GP surgery after symptoms of anaemia. The tests confirmed she had a severe iron deficiency and she was recommended to undergo iron infusions of Ferrinject via a drip. This is a very simple procedure, which if performed properly, usually has very few side effects and patients are often able to continue their regular day to day activities immediately afterwards.

However, the nurse carrying out our client’s infusion inserted the cannula incorrectly and as a result, it had missed her vein. The nurse failed to notice this at the time. Our client complained of pain and pressure in her arm.  However, she was reassured that everything was fine and the flow to the infusion was altered to alleviate some of the pain. Our client’s arm was very swollen, discoloured and numb after the procedure though she was assured the normal colour would return.

Unfortunately, the discolouration continued and our client’s arm had turned from blue to brown, she experienced a fever and felt very unwell. She returned for her second injection a month later and was advised that the iron infusion had been injected under her skin rather than into her vein which had caused the discolouration and that she had later developed an infection. She continues to suffer from soreness and swelling in her arm and also pain during cold weather.

A Letter of Claim was sent to the NHS Trust, who admitted that the initial injection was negligently performed. Osbornes then instructed an independent Consultant Haematologist who prepared a medico-legal report on our client’s condition and prognosis to enable us to quantify the value of the claim.

After a period of negotiation the case successfully settled for a five-figure sum.  This will enable our client to undergo private laser therapy to treat the discolouration to her skin to deal with the serious cosmetic effects of her injury.

If you would like to speak to a member of the clinical negligence team call 0207 485 8811 or complete an online enquiry form.