The Supreme Court today handed down judgement in the case of Mills v Mills, setting aside the order made by the Court of Appeal in 2017.

In August 2017 Mr Mills was granted permission to appeal the decision of the Court of Appeal to increase his ex-wife’s spousal maintenance payments, fifteen years after they were divorced.

The facts of the case

Following their divorce in 2002, the parties’ financial claims were settled by a consent order which, amongst other things, provided the wife with a capital sum and required the husband to pay spousal periodical payments for the wife of £1,100 pcm for joint lives.

In 2014, the husband applied to discharge the periodical payments order or, in the alternative, reduce the payments due thereunder. His case was that the circumstances pertaining in 2002 had changed in that the wife (i) had lost the capital she had been awarded in 2002 through gross financial mismanagement and (ii) was now in a position to work (or work more) in order to increase her earnings. The wife made a cross-application for an increase in her periodical payments on the basis that she was unable to meet her basic needs. The judge held that the order should continue at the current rate without any variation. The Court of Appeal allowed the wife’s appeal and increased the maintenance payable by £341 pcm to £1,441pcm.

The Supreme Court reversed the decision made by the Court of Appeal and held that the original periodical payment of £1,100 pcm should stand.

Joanne Wescott, a partner in the family department at Osbornes who represented Ms Mills comments:

“Today’s decision does not bring about the end of spousal maintenance for the wife, unattractively described as a “meal ticket for life,” far from it.  The original spousal maintenance provision of £1,100 per month from 2002 remains intact. What the Supreme Court decided was that the £341 increase provided for by the Court of Appeal was wrong because it took into account an element of Ms Mills rent”.

“The Court would need to give very good reasons for making that kind of order i.e. that a spouse should fund the other spouse’s rental payment where that spouse had received a capital provision for re-housing. Ultimately the Court has a very wide discretion but in this case the duplication for housing need was a not a very good reason”.

Either of the parties, can apply to capitalise the maintenance payments. This is where a husband pays to the wife a lump sum to effectively buy a clean break and end monthly payments.

You can read the entire judgement here. 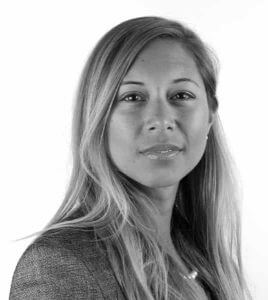