Financial responsibilities of father on divorce 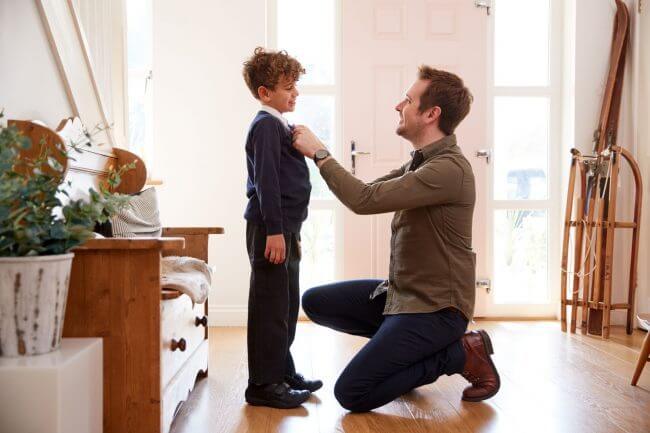 What are the financial responsibilities of a father on divorce?

The period drama Bridgerton, the runaway success of the winter, has had viewers enthralled by a society where strict obligations and responsibilities see many of the characters living with an ever-present prospect of being forced into marriage to avoid the shame associated with being intimate outside of wedlock.

But how would a modern-day Marina Thompson, the Featherington’s mysterious cousin, fare when seeking support for herself and her child and, if tricked into marriage, what would Colin Bridgerton’s obligations have been?

Lisa Pepper, a London divorce lawyer at the law firm Osbornes Law, considers how the courts would view the responsibilities of Marina’s lover and explains how, if Colin had married Marina, he would have found himself financially responsible for her child, even on divorce.

Lisa says, “Fathers have considerable financial obligations to their children, regardless of whether they intended a pregnancy or not. It doesn’t matter if they were unaware they had fathered a child or if the mother told them they were taking precautions and they think they were tricked. The law is focused on the best interests of the child.

In Marina’s case, she would have claims against her child’s father George Crane, had he lived, to provide housing for Marina and her child, perhaps even providing her with a property to live in, paying rent or a mortgage. He would need to support his child until they left school or university.

For most men, that will mean they are obliged to give a minimum of around 9% of their gross salary, but for the wealthy earning over a £156k threshold, then the child should be brought up in circumstances that reflect the father’s fortune and expenditure.

High earners are often surprised to learn that on top of accommodation costs, maintenance budgets can include school fees, a nanny, activities and clubs, sports clothes and equipment, holidays, private tuition or even riding lessons.”

In Marina’s quest to marry before her pregnancy becomes apparent, Colin Bridgerton is in the frame as a potential suitor. If a present-day Colin found out he was not the child’s father after he had taken his marriage vows and chose to divorce, he would still be financially responsible.

Lisa explains, “It would not matter that Colin was not the biological father. As part of the family, he would have responsibility for the child and Marina in the event of their divorce, as would a husband if their wife became pregnant with another man’s child during the marriage. In contrast, the same rules do not apply to an unmarried couple, where support would be contingent upon the child being related.

Last year saw a case of a divorcing mother seeking maintenance payments for her child from her husband, despite him not being their biological father. The judge ruled that he still had to pay school fees and child maintenance of £60k per year even though the child was not his. The mother was also free to pursue the child’s natural father for further payments.”

Similarly, Simon, the Duke of Hastings, would be fully responsible for his and Duchess Daphne’s future child, regardless of whether he felt he consented to the pregnancy or not.

Lisa says, “An important principle of our family law system is that it is the child’s needs that matter. Men may not realise the obligations and responsibilities they would have for a child they did not plan for and its mother. Whilst the super-rich of today won’t be obliged to marry as regency society dictated, the courts will take into account a father’s earnings and wealth. If those are considerable, he should expect to provide a great deal for any child he fathers, to ensure that they enjoy a similar standard of living to himself.”

In the final episode we hear that George Crane in fact died fighting in Spain. Today, as George’s son or daughter, Marina’s child would have a claim to his estate. If he died without a will, as George was unmarried at the date of his death, his estate would pass entirely to his children, and we assume that this is his only child.

If he died having written a will, which presumably the child would not be included in, modern-day Marina would be able to contest it on her child’s behalf under the 1975 Inheritance Act which allows wills to be disputed where a parent has made no provision in their will for their child.

For further advice on any family law matter and to speak with Lisa about your case please fill in an online enquiry form.