Failure to diagnose a heart problem

Failure to diagnose a heart problem 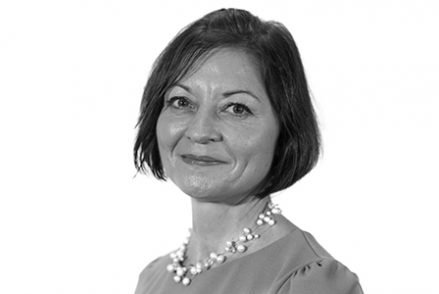 Failure to diagnose a heart problem – education is the key

Our hearts are the pumps that keep us alive by pushing blood around our bodies, feeding our cells with oxygen and nutrients and taking away carbon dioxide and other waste products. Like all organs, the heart can develop problems, affecting its ability to function. The term ‘heart disease’ encompasses a wide range of conditions, including defects in heart structures such as valves, problems with the rhythmic beat, and infection. Coronary artery disease is the most common type of heart disease and involves blockage or narrowing of the arteries that feed the heart muscle directly, leading to angina chest pain, heart attack and heart failure.

How can you tell you might have a heart condition?

Symptoms of heart disease depend on what exactly is wrong, but include:

The good news is that if heart disease is detected in a timely fashion, it can be managed, and the development of symptoms abated or slowed. Options for treatment include medication, surgery and lifestyle modification, such as adjustment of diet and exercise.

Worldwide, it is reported that heart disease and in particular cardiovascular disease accounts for nearly 18 million deaths or 30% of deaths from all causes, every year. According to the British Heart Foundation, the number of UK citizens dying from heart disease before the age of 75 is rising for the first time in 50 years, and there is a 4% increase in the number of people who die from heart disease before they reach the age of 65. In England alone, the cost of heart disease to the NHS accounts for around £7.4 billion annually and affects as many as 6.8 million people.

Early diagnosis and management of heart problems is vital to tackling these statistics. With current technology such as angiograms, blood tests, ECGs and scans, it could be assumed that people with heart problems get identified early. Sadly, this is not the case.

According to reporting over the past few years:

The Professor of Cardiology in Imperial College London said of these worrying statistics, ‘This is a medical emergency. We need to wake up and get our house in order’. For, appropriate diagnosis and treatment facilitates faster access to lifesaving and damage-limiting treatment and can extend the number of years lived with a good quality of life.

On the other hand, misdiagnosis can lead to a higher risk of heart attack, stroke, severe heart failure, poor quality of life and a needlessly early death. However, a study on early warning signs of heart attacks found that many people who died from a heart attack had visited a hospital with symptoms in the previous month but were not correctly diagnosed with heart disease. The lead author of the Lancet paper said, ‘Doctors are very good at treating heart attacks when they are the main cause of admission, but we don’t do very well treating secondary heart attacks or at picking up subtle signs which might point to a heart attack death in the near future’.

This failure to detect warning signs is concerning. Clearly education is the key: education of the doctors, paramedics and of the public. For those who have suffered a missed diagnosis you will probably have questions that need answering and you may be entitled to receive compensation for medical negligence.

""They have a really good, strong team, with the junior elements punching well above their weight. It doesn't matter who you talk to; they are all switched on.""

We use cookies to ensure that we give you the best experience on our website. If you continue to use this site we will assume that you are happy with it.OkLearn More