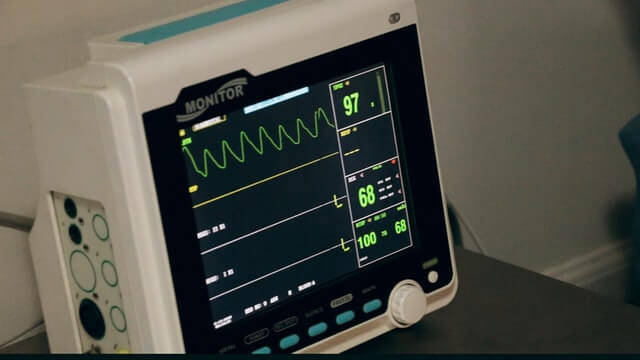 In this cardiac negligence claim, we were instructed by a 42-year-old Polish man who had attended the Accident and Emergency Department of his local hospital by ambulance complaining of shortness of breath and tightness in his chest. The latter symptom was thought not to be prominent, and a diagnosis of an asthma attack was made. Our client had complained of burning in his throat and a chest x-ray was undertaken which was suspicious of infection in the chest. An ECG was also carried out and the automated report suggested an abnormality of possible underlying heart attack. Despite this, the ECG’s were reported by the doctors as normal and our client was discharged home.

The following day our client again attended the Accident and Emergency Department at his local hospital. This time his ECGs were consistent with an acute STEMI and he was transferred to the nearest cardiac centre, where he underwent coronary angiography, primary PCI and a stent in his right coronary artery. The heart attack was described as a late presentation.

Osbornes again obtained a report from a Consultant Cardiologist & Specialist in Interventional Cardiology, who was of the expert opinion that on our client’s first presentation to hospital, a cardiac cause of his symptoms should have been considered and investigated further. The expert concluded that the failure to consider and carry out a troponin test was a breach of duty, and that this changed our client’s course of treatment significantly. Had our client been admitted to hospital on his first presentation, he would have been started on appropriate treatment for an acute coronary syndrome, including Aspirin and Clopidogrel both as antiplatelet agents and blood thinners. Although our expert concluded that our client would have needed coronary intervention with stenting in either scenario, he said that on the balance of probabilities, our client would have sustained less in the way of damage to his heart muscle.

A Letter of Claim was sent to our client’s local hospital and an admission of breach of duty was obtained. However, the hospital disputed the causation element of the case and said that our client would likely have suffered a degree of heart muscle damage in any event. Eventually, after negotiation with the hospital, a five-figure compensation sum was obtained for our client.

We are acting for several other clients’ in connection with similar cases, as well as one involving a fatal outcome leaving a spouse and two young children. The deceased could and should have been treated in a timely fashion when first presented in A & E with cardiac problems and if so would still be alive today.