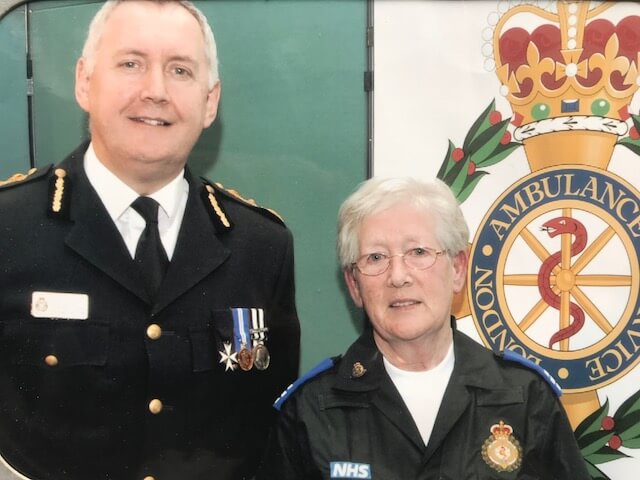 Osbornes Law is representing the family of a former NHS employee who suffered a painful death due to negligent hospital care.

A grandmother who worked for the NHS ambulance service for 25 years died when medics accidentally put a feeding tube into her lung and failed to spot it for more than ten hours.

Maura Irwin, 77, had the nasal feeding tube misplaced into her lung after suffering a debilitating stroke, which then filled up and killed her, an inquest heard.

Maura’s daughter Kathryn Scully, who is represented by London law firm Osbornes Law, said her family had to watch her “slow and painful death” as a result of the “betrayal” by NHS staff.

Recording a narrative verdict Coroner Andrew Harris concluded: “She died from injury caused by feeding through an undetected misplaced nasrogastric tube for more than ten hours.

“The failure to check the position of the tube after the second desaturation (5pm) or ensure she received timely medical assessment then contributed to her death. This was a death from unintended consequences of necessary medical treatment and subsequent omissions in care.”

Maura, who lived in New Cross, South East London, was admitted to Kings College Hospital in February 2018 after suffering a debilitating stroke. The feeding tube was wrongly misplaced into her lung two days after she was admitted. This caused her death three weeks later.

Maura’s daughter, Kathryn Scully, 59, from Lincoln, said: “Mum was a wonderful, independent and passionate woman who was loved deeply by her family. There isn’t a day that goes by that we don’t miss her. Mum loved her job with the NHS where she worked for 25 years, staying way beyond retirement age to care for others, but she was cruelly let down by the service with the ultimate betrayal.

“Medics misplaced the nasal feeding tube into her lung resulting in food filling up her lung and drowning her. It was like watching somebody getting smothered and being powerless to stop it. As a family we had to witness her dying a slow and painful death as she could not breath properly and was in agony. No patient in the care of any medics nor family should ever have to experience such a horrendous ordeal.”

The trust has apologised for Maura’s death, but Kathryn said: “As a family we are tired of the NHS saying they are sorry for our loss as those words don’t mean anything without actions. There was a catalogue of failings in mum’s care and we want to know that the trust made the necessary changes to make sure what happened to mum never happens to anybody else.”

Nicholas Leahy, a specialist medical negligence solicitor at Osbornes Law, said: “Maura gave 25 years of her working life to the NHS but in her time of need they failed her. The trust identified 18 separate actions that would be implemented after Maura’s death, but her family now need to know what has been done to make sure another person does not die in the same painful way as her. Only then will they feel that her avoidable death wasn’t in vain.

“The coroner found that feeding through the misplaced nasogastric tube together with the failure to identify this for over ten hours directly contributed to Maura’s death. The trust must work hard to ensure that the omissions in care which were identified in this case must never happen again”.

You can also read the article online in the Mirror here

If you would like to discuss your case with one of our medical negligence specialists, please call us, or complete an online enquiry form.