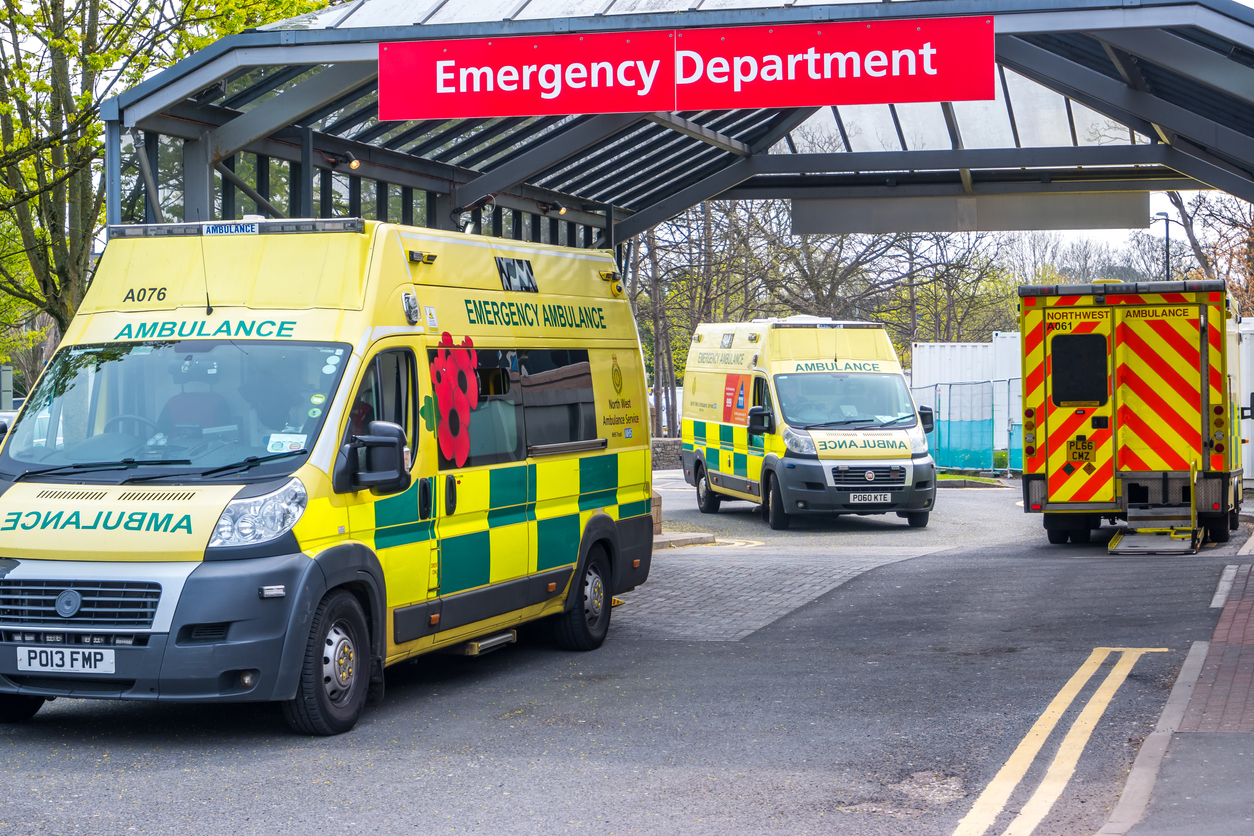 According to recent NHS figures, in October this year patients in England who were presenting with potential heart attacks or strokes, had to wait for almost an hour for an ambulance: three times as long as they should have to wait. All across the UK, health targets are being missed. The official ambulance target for life-threatening conditions is seven minutes and for critically ill patients the target is 18 minutes. Despite this, some seriously ill people are waiting up to nine hours for an ambulance.

In addition to the delays in ambulance attendance, the data also demonstrated that there were an unprecedented 1,012,143 calls to the 999 service in October. This meant that the average wait time for the call to be answered was 56 seconds.

These delays in call answering and ambulance attendance are almost certainly putting lives at risk. In one case, a sick patient had been assessed as ‘stable’ and was held within an ambulance parked outside the Worcestershire Royal Hospital. After a wait of five hours, the patient became seriously ill and was rushed to the Accident and Emergency resuscitation room, where they died of a cardiac arrest. A patient safety investigation has been launched into the case.

In another case, the BBC reported, 82-year-old Margaret Root, suffered a stroke and waited nearly six hours for an ambulance to take her to hospital and then another three hours before she was taken through the hospital doors. By that stage, nine hours after falling ill, it was too late for her to receive medications that are usually prescribed to reverse the effects of stroke. However, the service Margaret received was speedy compared to that received by a gentleman who waited nine hours for assistance, with his family calling the emergency services six times, before help finally came.

Unacceptable for patients and staff

Richard Webbers, speaking on behalf of the College of Paramedics said ambulances are, ‘simply not providing the level of service they should’ and the situation was ‘unacceptable’…… ‘everyday services are holding hundreds of 999 calls with no-one to send’.

In addition to the suffering faced by patients waiting for care, the working conditions are taking a toll on the paramedics and other healthcare staff. Speaking to the BBC, Webber states, ‘We have members who have been working for 20,30 years and they have never before experienced anything like this, at this time of the year’.

There are several reasons for the ambulance delays:

These factors all result in delays in handing patients over from ambulances to hospital staff. So, ambulance staff are held up, parked outside hospitals, rather than attending to emergencies. Although ambulances are supposed to transfer patients within 15 minutes of arrival at the hospital, waits of more than an hour are becoming more frequent. This means that in an average 12-hour shift, ambulance staff are attending just one or two incidents instead of the usual six to eight.

Data from the Association of Ambulance Chief Executives backs this up: right now, the number of hours lost due to handover delays is twice as high as it was at the start of the year. Deborah Ward, analyst for the King’s Fund said, ‘Today stats reveal the worst performance since current records began for ambulance calls and A and E’s, suggesting the health and care system is ‘now on its knees’.

A review by the Association of Ambulance Chief Executives published in the Health Service Journal, examined 470 cases of delayed handover to hospital staff on a single day, January 4th, 2021. It was found that 85% of those patients subjected to delayed handover suffered potential harm, and 9% suffered potentially severe harm. As reported by ‘The Times’, when these statistics are extrapolated across a year, as many as 160,000 patients face harm annually, solely due to handover delay.

With hospitals and ambulance services already struggling before the onset of winter, the next few months are set to be very bleak for the NHS and for the people that use the service. Doctors are already warning that people are dying in ambulances and in hospital corridors, because emergency services are overwhelmed. For already highly stressed staff, the winter could represent a real breaking point.  Health union GMB said, ‘With grim predictability, Ministers completely ignored’ and a warning for ‘those on the front line. Unless rapid […] action is taken, the winter crisis could become a catastrophe’ (ibid.).

To speak with Stephanie Prior, a partner and senior medical negligence lawyer at Osbornes Law, fill in the online form below.