Stephanie Prior Comments on the Ockenden ‘Maternity Scandal’ Report 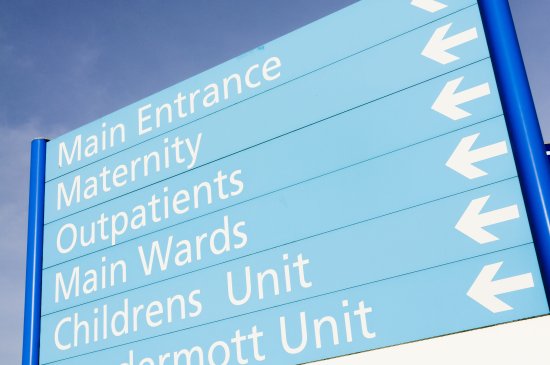 Following the publication of the Ockenden Report, an independent review of maternity services at Shrewsbury and Telford Hospital NHS Trust, Stephanie Prior speaks to Sky News of her concerns of other NHS Trust maternity units.

Senior midwife Donna Ockenden’s final report on her independent review of maternity services at the Shrewsbury and Telford NHS Hospital Trust was published last week. Originally commissioned in 2017 by Secretary of State for Health and Social Care, Jeremey Hunt, the aim was to examine 23 cases of birth injury concerns. By the end of the review, however, nearly 1500 families were involved, making this the largest inquiry into a single service in the history of the NHS.

Stephanie Prior, a senior medical negligence lawyer at Osbornes Law specialises in birth injury claims. She was interviewed by the Sky News and Times radio following the investigations. Stephanie who refers to the families her team has represented since the 20 year investigation period ended says ‘lessons haven’t been learned which doesn’t help the families who have been affected later on in the timeline… I don’t think the issues identified within that report are unique to Shrewsbury and Telford Hospital NHS Trust because I deal with a lot of cases at other hospitals where similar sorts of things are happening on a day to day basis.’

You can watch the Sky News interview below.

The first report published in December 2020 outlined changes recommended to be taken by maternity services across England. The second report builds on these actions and shares new information that should drive the changes, ‘as a matter of urgency’. For, according to Ockenden, the ultimate intention of the report is to implement meaningful change in maternity services across England, in order to save lives and reduce harm, make the service more responsive to families and for the NHS to be more accountable for the service it delivers.

The primary findings of the second report are summarised below.

Encompassing the period 2000-2019, the 250-page report describes a trail of devastation involving maternal and neonatal deaths, stillbirths and birth injuries including brain damage, with particular focus at Shrewsbury and Telford NHS Hospital Trusts. Ockenden describes the Trust’s maternity service as a failure: ‘it failed to investigate, failed to learn, and failed to improve and therefore often failed to safeguard mothers and their babies’. As a consequence of these failings, more than 200 babies and nine mothers died, who otherwise likely would have survived.

The report found poor care to be an ongoing problem, partly due to the fact that midwifery staff displayed a misplaced over-confidence in their clinical skills, as well as a reluctance to seek support from other health care professionals when necessary.

The ongoing poor care was compounded by inadequate investigation procedures. For example, 12 cases of maternal death were reviewed but only one of these was conducted externally. The internal investigation processes were sub-standard, ‘downgrading serious incidents’ in order to ‘avoid external scrutiny’. Even the few external reviews were found to provide ‘false reassurance’ about the service. This meant omissions in care were not recognised and opportunities to prevent further harm were missed.

Failure of leadership and oversight

However, the failures of Shrewsbury and Telford NHS Hospital Trust did not arise solely from the point of care. Issues around following national clinical guidelines, combined with a lack of collaborative working and an unhealthy culture within the Trust’s staff, resulted in a dysfunctional service. Staffing and training deficiencies within the medical and midwifery workforce also had a detrimental effect.

Then, when it came to the complaints process, clinicians were found to be lacking in compassion and were unprepared for briefings, while correspondence arising from the complaint’s procedure contained inaccurate information, justifications for care failures and blame of the families involved.

Ultimately, the report found that the Trust leadership failed to support staff and to implement service improvement and there was an overall lack of direction and accountability.

Recommendations from the review were issued to all Trusts offering maternity care in England. These included:

In practice, the recommendations cannot be implemented in full

However important the Ockenden recommendations, a shortage of more than 2,000 midwives means in practice they cannot be fully implemented. The chief executive of the Royal College of Midwives said, ‘I am deeply worried when senior staff are saying they cannot meet the recommendations […] which are vital to ensuring women and babies get the safest possible maternity care’.

Despite additional funding for NHS maternity services, the lack of staff cannot be addressed immediately. Recruitment and retention must be managed in tandem, as Saffron Cordery, deputy chief executive of NHS Providers describes some Trusts having to close maternity services because of workforce gaps (ibid.).

Accountability for the past: police investigation

The impact of the negligent maternity care was profound. It is clear that families were harmed due to entirely avoidable failures of maternity care. Sajid Javid, the Health Secretary said that ‘those responsible for the ‘serious and repeated failures will be held to account’. Currently a criminal investigation is being carried out by West Mercia Police.

Looking at the situation now and into the future

The Ockenden report has made for distressing reading and has exposed ‘uncomfortable truths’ for everyone involved in NHS England’s maternity services, requiring ‘deep soul-searching’ by maternity staff, managers and the Royal Colleges. Although the report is cited as a ‘blueprint’ for safe maternity care, and while improvements to the service have been made in light of its recommendations, it is clear that more needs to be done to keep women and babies safe now and into the future.

If something has gone wrong during the birth of your child, or to a mother and baby close to you, due to negligent hospital care, our team of medical negligence specialists can help. Our lawyers are experts in securing settlements and justice for those affected by birth injuries caused by improper care. Call Stephanie Prior, or complete an online enquiry form.

Stephanie Prior has over twenty-five years of experience in helping families hold NHS Trusts to account for avoidable mistakes and medical negligence. Before Stephanie qualified as a lawyer she was a senior NHS nurse. This means she is very familiar with medical terminology and procedures. She is, therefore, able to quickly identify any anomalies in medical records, which may help in bringing a maternity claim against the NHS Trust