Most adoption applications go through smoothly and it is only in the minority of cases that birth parents seek to oppose adoption orders. Reasons for opposing orders include the 26-week timescale for the completion of care proceedings, other than in exceptional circumstances. This often results in birth parents having insufficient time to come to terms with the decision to approve non-relative adoption. Another factor is that official figures show a 96% increase in the number of adoption orders being made (1,060) between April and June this year compared to the same period in 2020.

There is a high hurdle to jump before a court will be prepared to revoke an adoption order. In a recent case, the mother failed to reach that hurdle – even though the order was made without a hearing which amounted to a procedural irregularity.

What is an adoption order?

Though adoption orders are intended to be permanent – a ‘last resort’ – they can be revoked where there are highly exceptional circumstances which would amount to a fundamental breach of natural justice.

In the course of proceedings, the judge made a finding that one of the parents had inflicted the fracture injuries and, in June 2019, all three children were made the subject of final care and adoption placement orders. The parents’ opposition to the adoptions was rejected and the court made final adoption orders in April 2020.

However, there was a practical problem: the UK was in the middle of the first Covid-19 lockdown at the time and M’s application for more time to investigate options for family placements with relatives overseas had been rejected. The adoption orders were eventually made in the parties’ absence.

M appealed the adoption orders on the basis that there had been a procedural irregularity. Her lawyer argued that an adoption order should not be made unless a hearing was held, whether in person or via a final adoption hearing.

The court ruled that on the plain meaning of the rules, M was entitled to be present at the hearing. However, the judge had not simply excused her attendance from the hearing – he effectively cancelled the hearing altogether.

But even though this amounted to a procedural irregularity, it did not amount to a fundamental breach of natural justice giving the court discretion to revoke the adoption order. The reality was, that the mother’s position was not affected by the decision to dispense with a hearing and so there was nothing M could have done to prevent the adoption from going through. Her appeal failed.

Adoption orders are intended to be permanent for good reason – the legal implications for all the parties involved are far-reaching. The court will not, therefore, revoke an adoption order without good reason, and only where there is a fundamental breach of natural justice.

Osbornes Law specialise in children matters and adoption. If you are considering expanding your family by adopting our expert adoption lawyers can help. We will take you through the domestic and intercountry adoption processes in addition to answering your questions on other options available to you including surrogacy.

Isabelle James is a solicitor specialising in adoption. She works closely with Naomi Angell, who is a leading adoption lawyer in the UK. To speak with Isabelle call us or fill in an online enquiry and we will call you back. 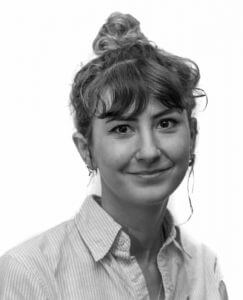