What is reasonable financial provision in 1975 Act claims? The long-running and high-profile case of Ilott v Mitson [2017] UKSC 17 has finally come to an end with the decision of the Supreme Court on 15 March to allow the charities’ appeal, thereby ending the debate about what constitutes ‘reasonable financial provision’ for disputing a will within the meaning of the Inheritance (Provision for Family and Dependants) Act 1975, which has been debated at length following the death of Melita Jackson in June 2004.

Heather Ilott brought a claim under the Inheritance Act against the estate of her late mother, from whom she had been estranged for 26 years. Her financial circumstances were very limited, with an annual income of £4,665, and she was heavily dependent upon benefits for her daily needs. She did, however, live within her means. Her mother’s estate, which was divided by her will between several charities, was valued at £486,000.

At first instance it was decided that the will did not make reasonable financial provision for Ms Ilott and she was granted her a lump sum of £50,000 out of the estate, acknowledging that this would disqualify her from receiving state benefits.

On the quantum of the award, the Court of Appeal overturned this decision on two grounds First, that the judge had limited her award unfairly by reference to her limited means and living expenses and second, that he had failed properly to investigate the effect of the award on her benefits entitlement. The Court of Appeal increased the award to £143,000 to purchase a property and a cash sum of £20,000 to provide additional income.

The Supreme Court found that DJ Million at first instance had made neither of the errors identified by the Court of Appeal. The Judge was well aware of the effect of his order on Ms Ilott’s benefits and had made the £50,000 award so that she could buy new white goods and other fittings to improve her standard of life, whilst leaving behind a capital sum small enough not to affect her benefit entitlements.

The Supreme Court set out the key principles arising from the case as follows:

There is no objective standard of reasonable provision for maintenance. The behaviour of both the deceased and applicant, along with the other section 3 factors (i.e. matters to which the court is to have regard when exercising its powers under the 1975 Act) must be weighed in the balance when considering what would have been ‘reasonable financial provision’ for the testator to make.

There is still little guidance from the court as to how the court should actually balance the various section 3 factors when considering 1975 Act claims, but the judgement broadly supports testamentary freedom, emphasising the value of the testator’s wishes, whilst making some important comments on the principles to be applied in valuing and determining such claims. Some sort of order has been restored in the field of claims by disappointed beneficiaries! 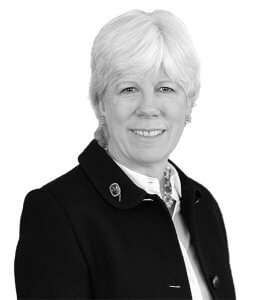