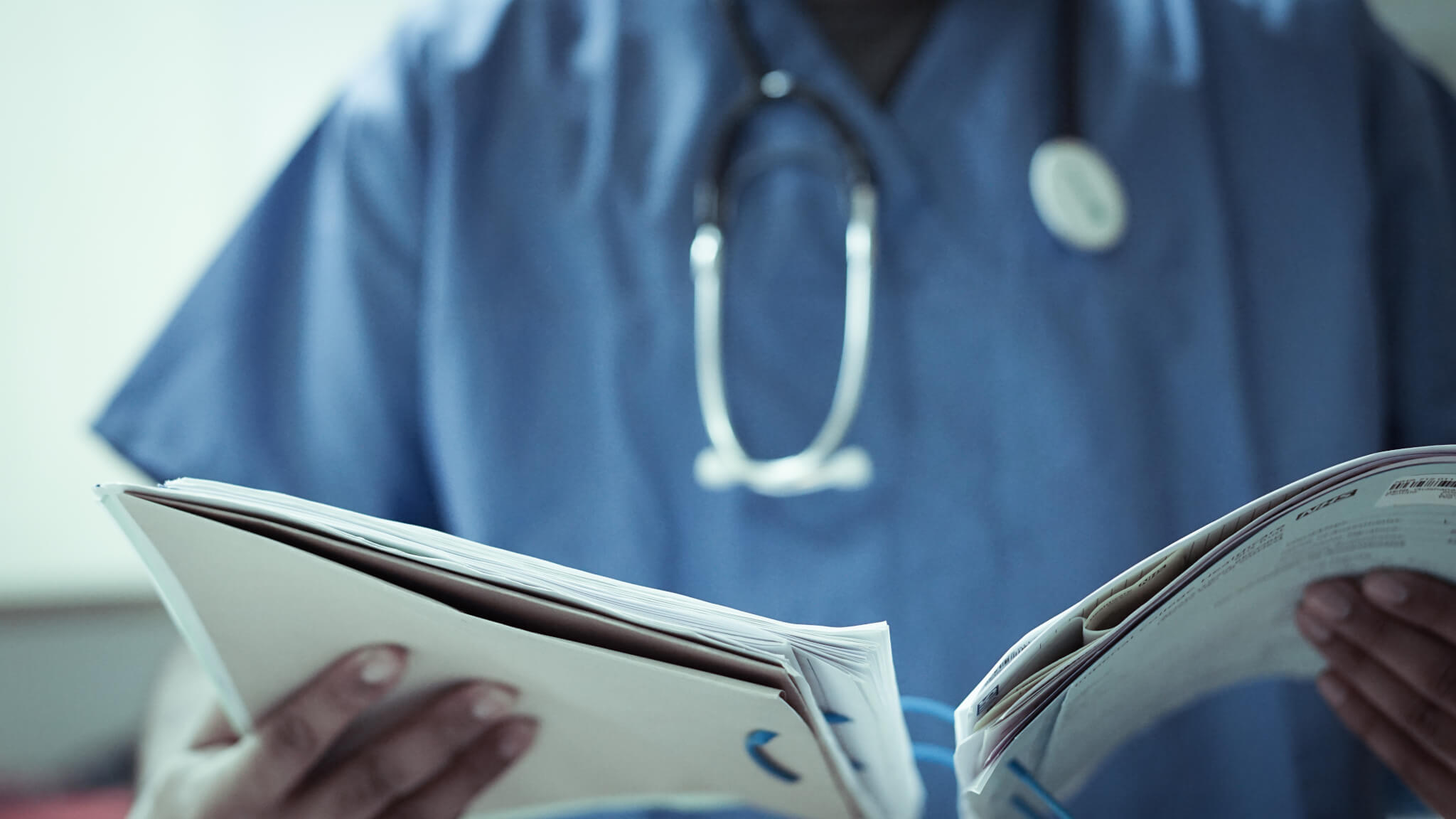 The medical negligence team at Osbornes Law has recently settled a case involving a patient who passed away following a delayed diagnosis of appendiceal cancer. Representing the wife and son of the deceased, Nicholas Leahy, a medical negligence lawyer, secured a five-figure settlement on behalf of the Deceased’s estate.

The Deceased, JG, first presented to the Accident and Emergency Department at King’s College Hospital in London on the evening of 5 April 2019. He was 38 years old at this time. He complained of left-sided abdominal pain. On presentation he was seen by a GP working in the urgent care centre.

Amongst the investigations which took place on that day was a CT scan which showed a peritoneal modularity, pointing to a diagnosis of metastatic peritoneal disease. The plan was to refer JG to gastroenterology for a more specialised opinion on the scan, but the referral was never made. He was discharged that day with no further action being taken.

JG presented at A&E again with the same symptoms on 3 June 2019 and 2 July 2019. On the latter occasion investigations were performed including blood tests, and he was referred the General Surgical team. The history of his previous attendances was noted. Again, a plan was formulated to refer JG to the gastroenterology clinic for further investigation, and this time JG understood and fully expected to receive appointments. However, the referral was not properly made, and JG was discharged with no follow up.

Following a referral from his GP, JG had an MRI Enterogram with contrast which took place on 8 August 2019. This MRI scan was not reported until 30 August 2019, 22 days after it was performed. The report was X-coded, and thus JG was upgraded to a cancer pathway by the radiologists viewing the scan.

However, these referrals led to further confusion, as the Colorectal Surgeon reviewing JG’s CT scan from April 2019 proceeded to remove him from the cancer pathway, as the scan apparently showed no signs of malignancy. At this time, JG was growing increasingly frustrated by the lack of a diagnosis and felt that King’s College Hospital were not responding to his condition.

As a result of his concerns about the delays in his care to that point, and because of the increasing and ongoing pain he was in, JG booked an appointment with a private Consultant. He noted that JG’s diagnosis was difficult. The private Consultant discussed JG’s case with the radiologist who had originally placed him on the cancer pathway. They noted that his MRI showed persistent peritoneal nodularity and prominent appendix and that the differential diagnosis was malignancy or TB.

JG presented again to the Emergency Department at King’s College Hospital again on 6 October 2019. The Surgical Team looked at the CT scan from April 2019 and also came to the conclusion of malignancy. They believed this had been missed since April 2019. JG was admitted to hospital.

During this admission, JG had a diagnostic laparoscopy with peritoneal and omental biopsies on 8 October 2019. On 16 October 2019 it was explained to JG that his diagnostic laparoscopy had revealed an appendiceal tumour with metastatic disease to the peritoneum. The surgeon explained that the next stage would be to refer him on to oncology for palliative chemotherapy and that the aim of this treatment was to stop or reduce the cancer, but that it could not be cured.

Following this, JG had several more admissions to Accident and Emergency with complications from his appendiceal cancer. He had recurring ascites which were causing him significant abdominal discomfort.

During one of these admissions, on 16 January 2020, various options were discussed regarding potential treatment options for JG’s cancer. Surgical treatment was discussed. However, the Consultant explained that the most ethical and dignified option would be for him to be discharged home, and then admitted to a hospice for the end of his life if necessary.

JG was discharged shortly after this and he sadly passed away on 21 February 2020, aged just 39.

Following JG’s death, the Trust conducted its own internal investigation into the delayed diagnosis of his cancer. During this investigation several care and service delivery problems were found, namely;

Nicholas Leahy, a Solicitor in the medical negligence team at Osbornes Law, was instructed by the wife of JG, MG, in November 2021, to pursue a claim against King’s College Hospitals NHS Foundation Trust.

Analysis was undertaken of the hospital’s own internal investigation alongside the Deceased’s medical records. It was decided that this evidence was sufficient to submit a Letter of Claim to the hospital without expert evidence on breach of duty being necessary.

The Letter of Claim was sent on 1 September 2022, and a response was received on 4 January 2023. The Trust made an over-arching admission of breach of duty. In respect of causation, the Trust argued that JG’s cancer would already have been Stage IV by April 2019, and thus that the outcome in JG’s case would have been the same in any event. The Trust admitted however that the delay in diagnosis led to a 6 month delay in JG receiving palliative chemotherapy, which in turn caused 6 months of unnecessary pain and suffering. This was in accordance with the Claimant’s own expert evidence on causation, and so after negotiations the case was settled for a five figure sum.

Nicholas was assisted in this case by Sara Espeja Peralta, a Paralegal at Osbornes Law who translated for MG and assisted with the day to day work on this case.

Nicholas Leahy commented on the swift and successful resolution of this case:

“My client is extremely relieved that the Trust admitted liability in this case at an early stage and that settlement of this case was possible without court proceedings being necessary. No amount of money will compensate her for the loss of her husband, however she can now attempt to move on with her life with the Trust having acknowledged responsibility for the delay in JG’s diagnosis and treatment. Sadly, cases such as this are often needlessly defended which only increases the stress and upset caused to families in such horrific circumstances”.

MG, the wife of the deceased, commented on the advice she had received from Nicholas and Sara as follows:

“Both Nicholas and Sara have been a great support to me from the first moment, facilitating the process with my claim to the hospital. They have been very patient with the language because I am Spanish and they have known how to assist me at all times and answer all of my questions. I will always be grateful to them”

Our medical negligence department is ranked as a leading team in London by Chambers UK and The Legal 500. The team are accredited solicitors of Action against Medical Accidents (AvMA). This means we have demonstrated our specialist legal expertise and experience in running clinical negligence claims for patients.

To speak with Nicholas regarding misdiagnosis, delayed cancer diagnosis or any other medical negligence case, please complete the online enquiry form below.

More from Nicholas VIEW ALL