All roads lead to Rome…but what if you have an accident en route?

It’s official – the long hot summer that we were promised has turned out to be something of a damp squib.  With some foreign travel companies even providing sunshine guarantees on their holidays, it’s no wonder that despite the exchange rates, British holiday makers are changing their pounds for Euros and Dollars and heading abroad for some warm weather. But if you decide to take your car across the channel, or go on a fly-drive holiday, it’s important to know the rules of the road in your destination. Victoria Gallanders looks at how you should prepare before driving abroad, and what you should do if you’re unfortunate enough to have an accident in a foreign land.

Before you pack your suitcases, it’s a good idea to check the driving laws for the country you’re going to.  Now most people know that you have to drive on the right in mainland Europe but there are some laws which aren’t so well known, for example:

Doing 15 minutes of research online could save you hours of aggravation with the local police at your port of call, so it’s well worth doing.

One key point to check before you drive abroad is that you have insurance for outside the UK. If you’re taking your own car, contact your insurer and upgrade your cover if necessary. If you’re driving in Europe, ask your insurer to provide you with a ‘Green Card’.  This is a document that is recognised in over 40 countries essentially confirms that you have insurance which fulfils minimum third party requirements.

If you’re hiring a car at your destination, you should have some form of insurance as part of the package. However, again you should check the level of cover and upgrade it if you feel necessary.

If you’re planning on driving in the US, there is a multitude of insurance cover available and the legal requirements vary from state to state. For example in California the minimum insurance requirements are fairly low – just $15,000 for injury/death to one person. This means that if you were seriously injured in an accident and the other driver only had minimum cover, their insurers would only pay out the compulsory $15,000 for your injuries. The driver themselves would be responsible for paying the balance, but this could leave you vastly under compensated. You may therefore want to look into topping up your own car insurance so that it would pay out in this situation, or find suitable travel insurance to protect you.

As well as packing your suntan lotion and swimming costume, remember to take your car’s holiday essentials too. Different countries require drivers to carry certain items in their cars by law, and in some countries police can perform checks and issue on the spot fines. Examples of items that drivers must carry include first aid kits in Spain, headlight adjusters in Germany, and warning triangles in Switzerland. There are many websites where you can check the requirements for your destination.

You must also ensure that the items are accessible. This isn’t just for practical reasons, as in some countries the law actually stipulates where the items should be carried. For example in France by law you must carry a fluorescent jacket in the main part of the car (i.e. not the boot) in case of a breakdown or accident. It’s therefore important to keep the required items to hand.

If you’re travelling in Europe it’s also a good idea to keep an Accident Report Form in the car, otherwise known as a ‘Constat Amiable’. This is a form that all involved parties should complete after an accident.  You can download the forms from the internet, and it’s a good idea to take one that’s in English or bi-lingual to avoid any language problems.

Finally, in the excitement of getting ready for your holiday, don’t forget to pack your driving basics – Full UK Driving Licence (or International Driving Permit if required), Vehicle Registration document /Proof of Ownership, and UK Insurance Certificate/Green Card are essential.

Then most important thing you can do after an accident is to report it to your insurer. Not only will this be a record of the incident occurring, but the insurer will be able to give you advice on what to do and may even be able to organise practical assistance e.g. medical treatment, a hire car etc.

You should also exchange full details with the other parties involved, and if you’re in Europe you should complete a Constat Amiable.  Failure to do so on your part could result in the other driver being exonerated from any blame, even if they caused the accident, and their insurers therefore may not pay out.

The police may well be called and it is usually to your benefit if they attend the scene of an accident.  In fact in many countries the police are obliged to attend.  If the police do attend, take down the officers’ details (name, badge number etc) and any reference numbers you’re given, as the police report could be vital if liability is disputed later.  If the police don’t attend then you should report the accident at the local police station.  Any type of formal police record of an accident will be important evidence, and many insurers will insist on this if you wish to make a claim.

If you suffer injuries you should firstly seek medical attention. You may have to pay for medical treatment, in which case it’s important to keep receipts as you may be able to claim the cost back later.

You should also make a note of the name of the hospital that you were treated at, as you may need to obtain your medical records if you make a personal injury claim.

Finally, ask the hospital to provide you with a letter confirming what your injuries were and what treatment you received, and if the hospital could write this letter in English so much the better!

If you’re injured in a road traffic accident abroad and it wasn’t your fault, you will probably be entitled to some compensation. If you think you have a potential claim, you should seek the advice of a personal injury lawyer straight away. It’s important to act fast, as the deadline to bring a claim varies from country to country, and in some countries such as Turkey and Switzerland and it can be as short as one year.

The procedure for making a claim largely depends on whether your accident occurred in the EU or elsewhere. Your lawyer will be able to guide you through this, but the key points are summarised below.

Thanks to developments in European law, it is now much easier for UK residents to claim compensation for road traffic accidents that happened elsewhere in the EU.

Under European law, each car insurer operating within the EU must have a claims representative in the UK who your lawyer can address your claim to.  If the claim isn’t settled, you can sue the foreign insurer direct, rather than having to sue the driver. Better still, you can sue the insurer in your local court. This therefore greatly simplifies the process, as you don’t have the hassle of having to find foreign lawyers to start court proceedings in the other EU country.

If the other driver was not insured, or if the claims representative does not deal with your claim, you can still claim compensation. In these situations you are able to claim compensation from an organisation called the Motor Insurers Bureau (MIB). Again, your lawyer will be able to advise you on this.

In cases against both the foreign insurer and the MIB, even though you will be making your claim in the UK, it is generally the laws of the EU country where you had your accident that will determine who is at fault (although some exceptions can apply). Therefore the speed limit, drink driving limit etc of the foreign country will apply rather than those of the UK.

For personal injury claims brought after 11 January 2009 relating to accidents that happened after 20 August 2008, the laws of where the accident occurred will also generally determine how much compensation you will receive. This may result in you being awarded a vastly different amount of compensation than if English law was used. For example, some EU countries have different laws regarding recovery of loss of earnings, and in Malta you cannot receive compensation for injuries but only for losses and expenses. However, for all other accidents the amount of victims’ compensation is calculated using English law.

If you have an accident outside the EU, claiming compensation for your injuries is more complicated. The general rule is that you should bring your claim in the country where the accident happened.  So for example, if you had an accident in Sydney you would have to make a compensation claim in the Australian state of New South Wales.

This will require expertise from a lawyer familiar with the foreign country’s legal system, and again you should seek legal advice as soon as possible.

If you are injured in a road traffic accident whilst on a package holiday, you may be able to claim compensation from your tour operator under the Package Travel Regulations.  This would allow you to bring your claim in the UK rather than in the country where the accident happened.  Again, you should seek legal advice if this applies to you.

In short, if you are going to drive abroad, a little bit of preparation can go a long way in ensuring that your trip goes smoothly. If however you do have an accident overseas, it’s important to act quickly and seek legal advice as you may be entitled to compensation. 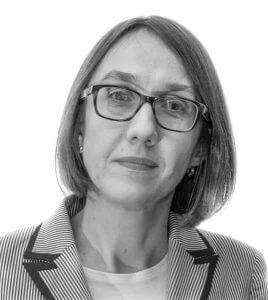