Eight years after same-sex marriage was written into law, we’re taking a look at these major life events by the numbers.

1. Same-sex marriages are on the rise.

This is the eighth year since same-sex marriages have been possible and around one in 35 marriages are now among same-sex couples. Just shy of 7,000 same-sex couples tied the knot in 2018 according to the Office of National Statistics. Covid stalled the wedding industry with fewer couples saying ‘I do’ in 2020 than in previous years. But pandemic aside, the overall trend is up.

2. Civil partnerships have fallen out of favour.

3. Men and older couples are more likely to form a civil partnership.

4. Same-sex couples are less likely to have a religious wedding.

5. Most same-sex couples have long relationships in place prior to the marriage.

The data for divorce rates in the first few years from inception is relatively low but in 2020, divorces among same-sex couples soared by an eye-watering 40.4% from 2019. By contrast, the divorce rate among opposite-sex couples was down by 4.5% over the same period.

7. Female couples are more than twice as likely to divorce as men.

8. Same-sex marriages are getting longer.

The average marriage length at the time of divorce was 4.7 years for female couples and 5.4 years for male couples in 2020, up from 4.1 years (female) and 4.3 years (male) in 2019. These small durations reflect that same-sex marriage has only been possible since March 2014—it will be 2074 before the first batch of diamond wedding anniversaries are celebrated!

9. Unreasonable behaviour is the most common reason for divorce.

Unreasonable behaviour – which can include adultery – is the most common reason for divorce among same-sex couples, accounting for 55.2% of female divorces and 57% of male divorces. It should be noted that same-sex couples cannot rely on adultery as the strict definition, as outdated as it is, is between a man and a woman. We expect these numbers to drop sharply in April as separating couples will be able to get a ‘no-fault’ divorce without having to blame someone for the breakdown of their marriage.

10. Most same-sex marriages will not end in divorce.

It’s good to be reminded that divorce is not the most likely outcome for a same-sex marriage. While divorce rates vary depending on how long a couple has been married, overall fewer than one in five same-sex marriages are ending in divorce. As more data becomes available in future years, there’s a good chance that divorce rates for same- and opposite-sex couples will look pretty much the same.

For more advice on divorce/dissolution of a civil partnership contact Sarah Scott who is a specialist divorce lawyer in our family department. 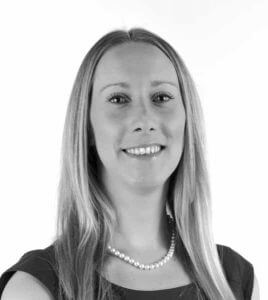 More Insights from SarahVIEW ALL