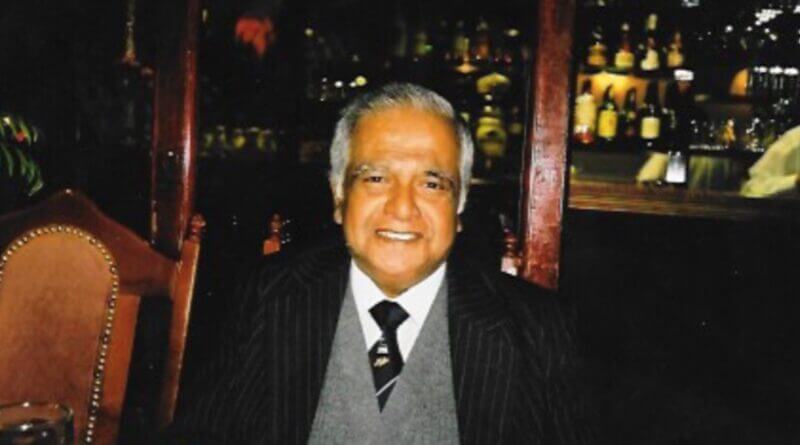 A hospital trust has apologised after a vulnerable 84-year-old man died due to negligence after he fell out of bed because of staff shortages.

George Malcolm Gomez, 84, from South Norwood, was admitted to Croydon University Hospital with abdominal pain but fell out of bed because there weren’t enough nurses on duty to supervise him, an inquest heard.

Representatives from the Trust apologised to Mr Gomez’s family at the inquest and the coroner issued a narrative conclusion that Mr Gomez’s “cause of death was a subdural haemorrhage as a result of a fall from his bed while he was unsupervised on the observation ward at Croydon University Hospital”. It was also acknowledged by the hospital that they needed to maintain a higher level of staffing on the ward.

The inquest at the South London Coroner’s Court on April 19, heard that the observation ward where Mr Gomez was placed had three patients including him who were ‘confused’ and should have been given one-to-one care. However, only three nurses were on duty on the night Mr Gomez died. All of the nurses were agency staff and one of the nurses was on a break while another had to deliver blood when Mr Gomez’s fall occurred.

Mr Gomez’s daughter Sharon, 50, said: “My father was the kindest, most generous and thoughtful man and the devastation his loss has caused our family is immeasurable. We couldn’t have been closer as he literally lived next door to us and was in our lives every day. He was quite simply the best father and grandfather we could possibly have wished for. Dad touched so many people’s lives with his acts of kindness and I have lost count of the number of people I have never met who have come up to me in the street to ask after him.

“We are pleased that the trust has apologised and put safeguards in place to make sure this doesn’t happen again, but that won’t bring this wonderful man back and we will always miss him terribly. He should have been allowed to pass away quietly watching the cricket, but instead he died in a brutal and violent way, alone in hospital where he should have been safest. It is crucial that no other family is put through the hell we have been through, as nobody should die from a fall in hospital.”

Mr Gomez, who leaves two children and two grandchildren, worked for the Department of Trade and Industry in Whitehall for 40 years. He was also a translator at the Old Bailey for a rare south Indian language Malayalam. He was admitted to hospital on January 21, 2020 and fell while on the observation ward two days later. He died on January 26.

Sharon, who is a supply teacher, added: “The nurses were put in an impossible situation as they had no choice but to leave my dad unsupervised. They should never have been put in this situation if the staffing levels had been correct. We are pleased that the hospital has acknowledged the need for higher staffing levels and for there to be at least one permanent member of staff on duty at all times on the ward. They must now stick to this to ensure nobody else unnecessarily loses their life.”

Nicholas Leahy, a specialist medical negligence lawyer from Osbornes Law who represents the family, said: “Mr Gomez went into hospital with abdominal pain and ended up dying in a completely unrelated fall. This is unacceptable and should never have been allowed to happen. While we are pleased that the trust identified some failings around Mr Gomez’s death and have pledged to correct these issues, they must learn from this tragic case to ensure this never happens again.”

For a free confidential discussion with a medical negligence solicitor, call 0207 485 8811 or complete an online enquiry form.