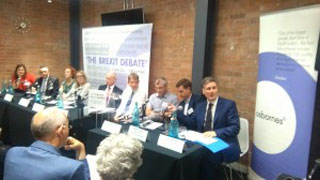 Naomi Angell, renowned adoption lawyer and head of adoption at Osbornes Solicitors launched a booklet “Intercountry Adoption in the English Courts” that she has written, explaining the court process for adoptions with an international element. These adoptions include convention, recognised list and non-convention adoptions when they come before the English courts. The types of cases include:

Apart from explaining the process in easily accessible language, the booklet sets out where there are potential problems and pitfalls and how to approach an adoption application in the English courts either with or without legal representation and how it may be possible to have legal assistance with an adoption application without full representation.

The booklet is aimed at lay people, either adopters or professionals involved in the adoption process, such as social workers and children’s guardians.

If you are considering adopting contact Naomi Angell for an initial conversation and further information on the process and costs involved. You can contact Naomi by filling in our online enquiry form or calling 020 7485 8811.